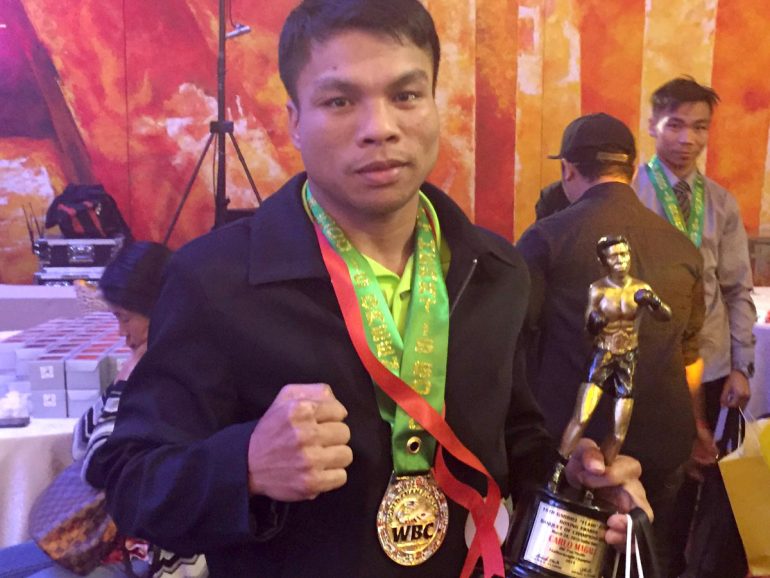 Carlo Magali’s world title opportunity is in jeopardy after the Philippines’ regulatory body ruled against allowing him to fight again inside the mandatory rest period.

In a memo dated January 25, the Games and Amusements Board ruled that Magali (23-9-3, 12 knockouts), having fought most recently on January 13, would not be cleared to fight on February 10, when he’s scheduled to face WBC junior lightweight titleholder Miguel Berchelt (32-1, 28 KOs) in Cancun, Mexico, as the date falls inside the Board’s mandatory 45-day respite.

The rule, which the GAB says was “instituted primarily to curb the occurrence of traumatic brain injury,” allows in some circumstances for the period to be cut to a period not less than 30 days, but only 28 days would elapse between Magali’s last fight, an upset 10th-round stoppage of Masatoshi Kotani in Japan, and the fight in Mexico.

“The Boxing Division pointed out in its recommendation that the fight cannot be considered as an easy fight or light punishment, which disqualifies Magali from availing of the shortened rest period,” the memo reads.

“In view of all the foregoing, we regret to inform you that we cannot approve your request for the shortening of the rest period. Nevertheless, should the fight be rescheduled to comply with the rules of the Board, we will gladly process your application accordingly.”

The 31-year-old Magali of Talibon, Bohol, Philippines was picked for the unlikely title shot after he stepped in less than 3 weeks before fight night when original opponent Christian Mijares withdrew. Magali had won his last three bouts and made international headlines in 2015 when his opponent Davey Browne Jr. died following their match in Australia.

Magali’s manager, Brico Santig, told RingTV that he hopes the fight can be postponed to two weeks later to allow the fight to push through.

“Let’s just wait for the WBC advice and news from the promoter (Zanfer Promotions) on their next action,” said Santig before referencing an email sent from Japan-based matchmaker Joe Koizumi stating that Magali could submit to an MRI and other medical examinations to prove his fitness for the fight.

“This is a once-in-a-blue-moon opportunity. It would really be great if it could be postponed for two weeks if I could tell the promoter,” said Santig.

GAB chairman Abraham “Baham” Mitra defended the decision in a message to RingTV, stating, “It’s every boxer’s dream to get a title shot but it’s hard to bend the rules as title or non title fights should be treated the same for the safety of boxers which is our mandate.

“We will be remiss of our duty as regulators if we allow it and maybe used as example of others who want to fight outside the 45 day rest period.”