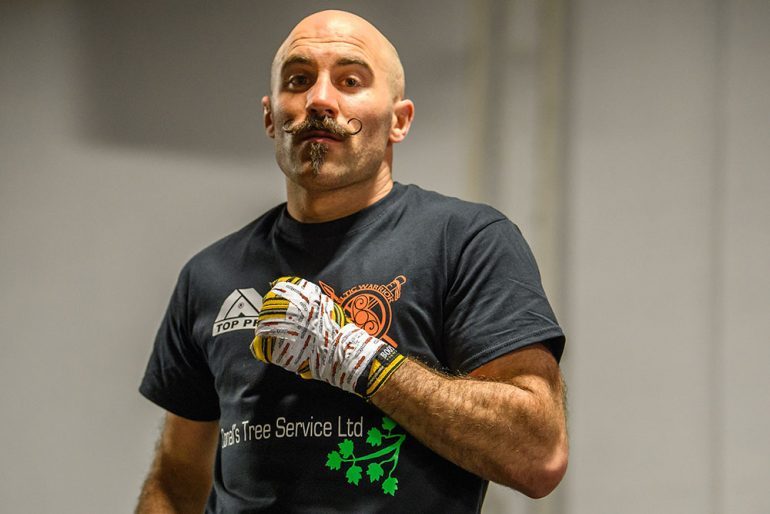 Gary “Spike” O’Sullivan claims he’ll get the chance of his fighting life on April 28 when, the Irishman has indicated, he will be fighting Brooklyn’s Danny Jacobs in Brooklyn at Barclays Center. 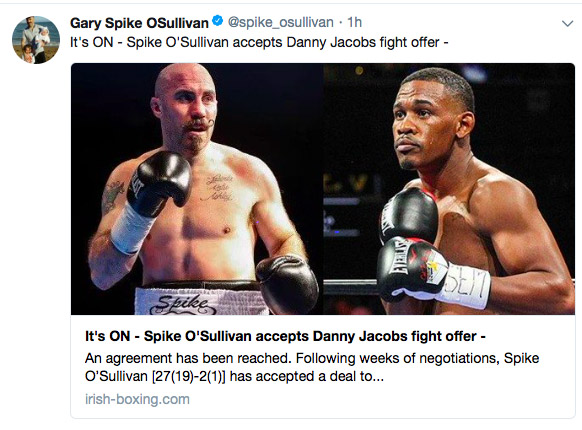 O’Sullivan is promoted by Murphy’s Boxing, led by Ken Casey of the Dropkick Murphys, a Boston-based band. Golden Boy Promotions has an option agreement with Murphy’s and Spike. So I reached out to Eric Gomez of Golden Boy to see if O’Sullivan is cemented as next for Jacobs, who is now signed to promoter Eddie Hearn.

Is O’Sullivan versus Jacobs signed and sealed, Mr. Gomez? “No, it’s not,” Gomez told me. “We have options. We have other plans.”

O’Sullivan impressed in his last outing, when he out-worked Antoine Douglas back in December on HBO. Packy Collins is the 33-year-old Irishman’s trainer/manager, and he told me last week they were keen on a Jacobs tango.

GBP has middleweight David Lemieux in their stable … maybe he’s looking for a dance partner to waltz with after BJ Saunders handled him last month.