Adonis Stevenson to defend 175-pound title vs. Badou Jack on May 19 in Canada 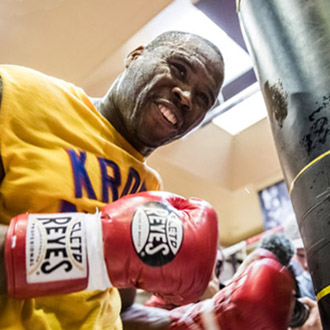 The 175-pound fight for the lineal championship is set for May 19 in the champion’s home country, Canada, sources with knowledge of the deal told RingTV.com. The bout is set to be formally announced Tuesday at a Showtime event in New York, and be paired with Keith Thurman’s return in a split-site telecast on the network.

Stevenson, 40, has faced heavy criticism for his level of opposition since he wrested the title away with a one-punch, first-round knockout of Chad Dawson in 2013.

Other than Tony Bellew and Andrzej Fonfara, who were solid, if unspectacular opponents, Stevenson (29-1, 24 knockouts) has feasted on journeymen and past-their-prime fighters. Not the case with Jack, who was impressive in his 175-pound debut in August with a five-round shellacking of Nathan Cleverly.

Jack (22-1-2, 13 KOs) clearly carried his power up in weight, and looks even stronger at light heavyweight, which might be the best division in boxing right now.

The 34-year-old Las Vegas resident will have his hands full if he’s to become a two-division champion. Stevenson might be advanced in age, but he moves exceptionally well for a big man, is fast, and is one of the sport’s biggest punchers.

His accurate left hand decimated Fonfara in just two rounds during their June rematch, and only one of his wins since 2007 (Sakio Bika) have come via decision.

Stevenson-Jack shapes up as one of the best matchups that can be made in boxing, and a chance at vindication for Stevenson against a worthy challenger.