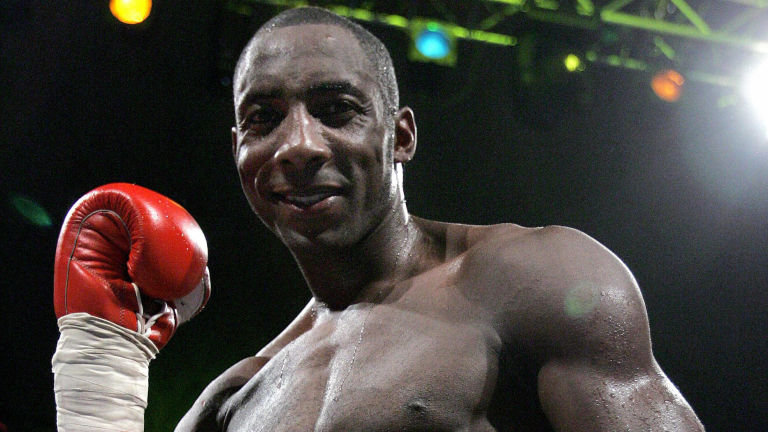 Given the momentum this unique elimination tournament has gained, there will be plenty of interested onlookers and one of them is former WBO cruiserweight titleholder Johnny Nelson. Along with Marco Huck, Nelson holds the record for most title defenses in the division (13).

Since retiring in 2007, the Sheffield man has worked as an expert analyst for Sky Sports and loves the idea of the WBSS tournament.

“I think is brilliant; it’s created some intriguing fights, especially at cruiserweight,” Nelson told RingTV.com. “The problem is that there are only a few star names in there that the general public will be able to say ‘Yeah, I know him’ and that’s why it’s probably not got the attention it deserves.”

The other cruiserweight semi-final between Murat Gassiev and Yunier Dorticos takes place on Feb. 3 in Russia. The winners are then scheduled to meet in Jeddah, Saudi Arabia, in May for a cache of hardware, including the Muhammad Ali trophy, the IBF, WBC and WBO titles and, most likely, the vacant RING championship.

“Usyk’s a good puncher as well as a boxer,” said Nelson. “I think he’ll beat Briedis and knock him out. It’ll probably go half way through. It’ll take time for him to pepper him, get his distance.

“I think it’ll be Gassiev (and Usyk in the final). I think (Gassiev will) stop Dorticos, but it’ll be a good fight.”

However, one man clearly stands out for Nelson.

“These are intriguing fights, but it’s about levels,” said the former long-reigning titleholder before explaining. “When I first saw Usyk, he’s the guy I thought, keep an eye on him, he’s top drawer, he’s top dog.

“As soon as this tournament was announced and I knew Usyk was involved, I thought, it’s a done deal. That’s something you could have popped (down) to the betting shop straight off. It’s probably something I should have done.

“I think Usyk is a level above the lot. It doesn’t matter what the others do, this is such a great opportunity to show his skills and what he’s capable of doing. I think Usyk wins hands down. It’s his for the taking. This tournament is for him to lose. There’s nobody there that I think will touch him.”

The former cruiserweight titleholder then made an extremely bold prediction about Usyk’s future beyond the 200-pound division.

“I think this guy will end up being a unified cruiserweight, as well as a unified heavyweight champion, for quite some time,” said Nelson.