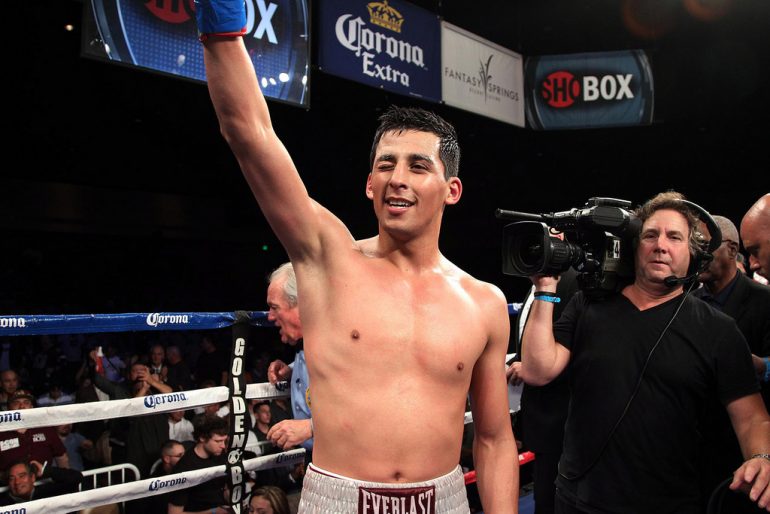 The WBC ordered that Jermall Charlo fight Hugo Centeno, for the WBC interim 160-pound crown, and that order will be complied with.

The Charlo brothers were on hand at Barclays Center Saturday night, and chatted with media after watching Errol Spence look like a lil Hagler, as he went into destruct and destroy mode on Lamont Peterson, whose corner saved him from further punishment after seven rounds of being smacked about by the Texas welterweight.

Texas, that state is currently home to legit pugilistic badasses…

Jermall (age 27; 26-0 with 20 knockouts) is the “bigger” Charlo, who has gone to 160, leaving “little” bro Jermell to wreak havoc at 154. ‘Mall, who can be distinguished by his twin bro by the birthmark on his brow, last fought in July, taking out Jorge Heiland in Brooklyn. That was his 160 debut. Gennady Golovkin holds the WBC’s main belt and will be busy, getting ready to rematch Canelo Alvarez, so the WBC wanted to stir the pot and got the vacant interim belt into circulation. Jermall is rated No. 1 behind GGG, Canelo No. 2, Danny Jacobs No. 3 and Centeno No. 4.

Both Charlos, repping their state of Texas, at Barclays Center were asked about what fights they had planned and Jermell deferred to Jermall, who said he’d be gloving up in March. He didn’t give specifics. But word is out that March means March 3, at Barclays Center, underneath the Deontay Wilder WBC heavyweight title defense, against Cuban strongman Luis Ortiz. In support of that, we will get Jermall meeting Hugo Centeno, a California based boxer.

Centeno said he’s looking forward to coming to NY this week, to make it official. “I’m very excited,” said the 26-1 (14 Kos) hitter to THE RING. “Pics and press conference.”

Showtime this week will be rolling out specifics for their first quarter and maybe a bit beyond, with a splashy and posh network TV style “up front” presentation, in Manhattan, proving again that they are constantly looking to evolve product presentation, and have a commitment to the sport and a desire to put it in it’s best light.

The Charlos have been kicking ass and not even bothering to take names. Is Centeno a bit wary of the Charlo power? “Not at all,” Centeno said. “Very confident for this fight. He’s a man just like me. Just like I was with Immanuwel Aleem, I’m getting ready harder than ever before and I’ll do the talking with my fists!”