George Foreman: ‘Joe Frazier was the toughest fighter of my era. He was a buzzsaw’ 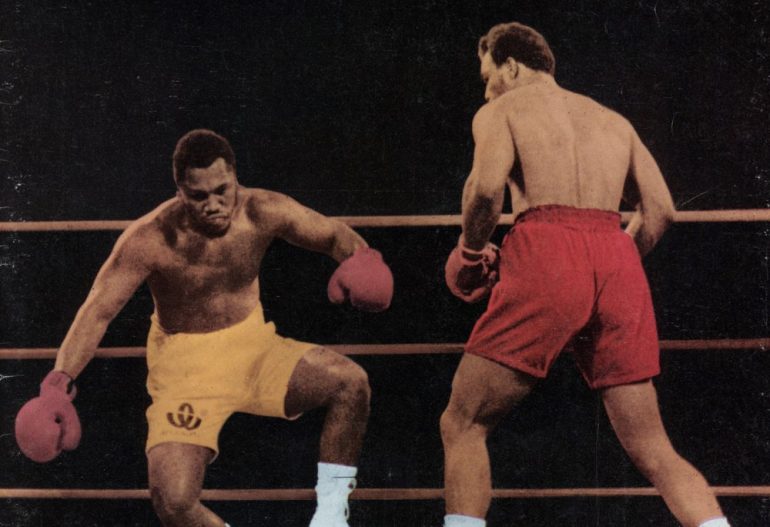 What must have been going through Joe Frazier’s mind in Kingston, Jamaica, on Jan. 22, 1973?

The left-hook destroyer from Philadelphia hadn’t lost a fight since he was outpointed by Buster Mathis in the Flushing, New York, Olympic trials in May 1964. He had become the Olympic champion at the Tokyo games that same year. He had decimated an entire heavyweight division as a professional and sealed his greatness with a 15-round unanimous decision over arch-rival Muhammad Ali. Joe Frazier (29-0, 25 knockouts) was the undisputed heavyweight champion of the world. 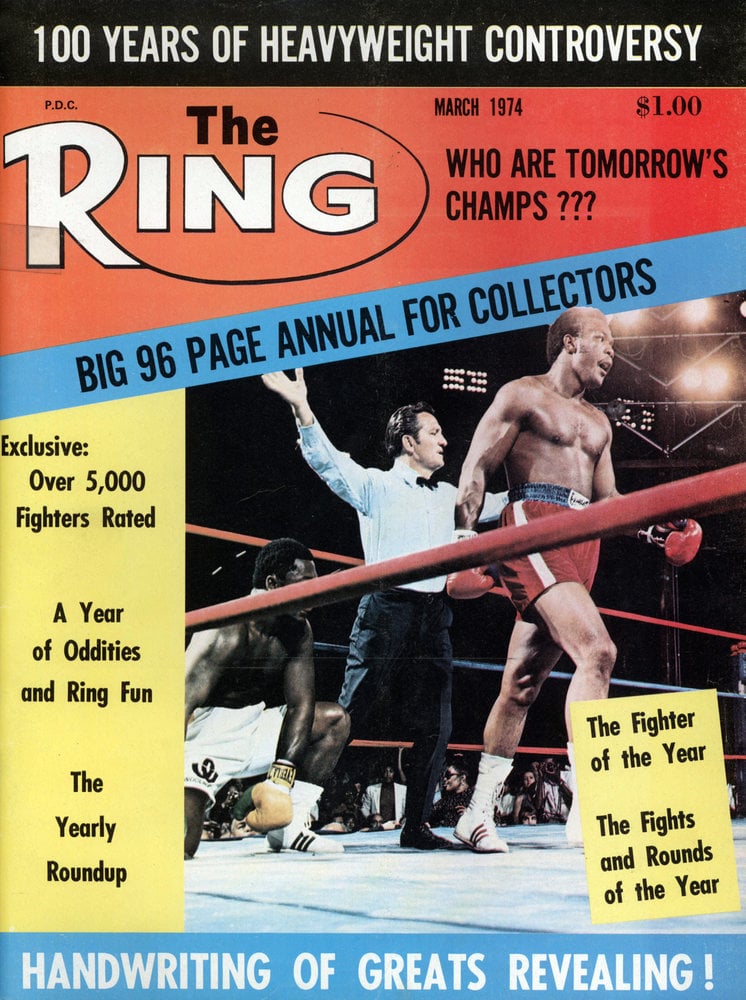 The man who had succeeded Frazier as Olympic champion at Mexico 1968, George Foreman, was battering “Smokin’” Joe like a child would a rubber toy. The fight wasn’t three minutes old and Frazier had been decked three times. The second round was worse and there would not be a third. Six brain-bursting knockdowns in total from the unbeaten Foreman, all equally devastating, and every one of them courtesy of different ammunition: a pulverizing right hook, a rocket right uppercut, a four-punch combination, a massive straight-right hand, a swift left hook and then, finally, a half hook-half uppercut with the right that lifted Frazier clean off his feet.

It is arguably the most brutal dethroning of a heavyweight champion in the modern era.

“If I tell you I was confident of beating Joe Frazier, then I’d be lying to you,” said Foreman in sharp contrast to the visual evidence. “I was the No. 1 contender. I had to fight him. I didn’t want to do it. But, I trained as hard as I’d ever trained and I had rhythm. I’d been fighting a lot more than Joe Frazier. But was I confident? No, I wasn’t. I didn’t have confidence at that time.

“People often talk about how Joe Frazier was knocked down six times in that fight, but the amazing thing is, he got up six times. I’d never seen anything like it. I was thinking to myself, if they don’t hurry up and stop this fight, then he’s gonna get me. When (referee) Arthur Mercante waved the fight off, I was so happy it was over. Becoming heavyweight champion of the world was a dream come true.”

The professional careers of Foreman and Frazier intertwined long before they shared a prize ring. Foreman turned pro on June 23, 1969, scoring a third-round stoppage of journeyman Don Waldheim at Madison Square Garden in New York. In the main event, Frazier was defending the then-respected New York State Athletic Commission (NYSAC) heavyweight championship against Jerry Quarry. After taking care of his own business, Foreman looked on in awe as a rampaging Frazier retired a game Quarry in the seventh round of a bout that would later be recognized as THE RING Fight of the Year.

On Feb. 16, 1970, Foreman won his 16th straight fight, outpointing Gregorio Peralta over 10 rounds, again at The Garden. Frazier, in the main event, smashed his way through Jimmy Ellis in four to receive recognition as the undisputed heavyweight champion of the world. The only man who could now challenge Frazier’s superiority was Ali, who returned from exile in October of that year. “The Fight of the Century” was set for March 8, 1971, at The Garden and where else was a fast-rising heavyweight contender going to be?

“I was a house fighter at Madison Square Garden,” recalled Foreman, who had fought at the famous boxing mecca on seven occasions by the time Ali and Frazier met. “The Garden was hoping that I would fight the winner. They made sure I was there and introduced me at ringside. 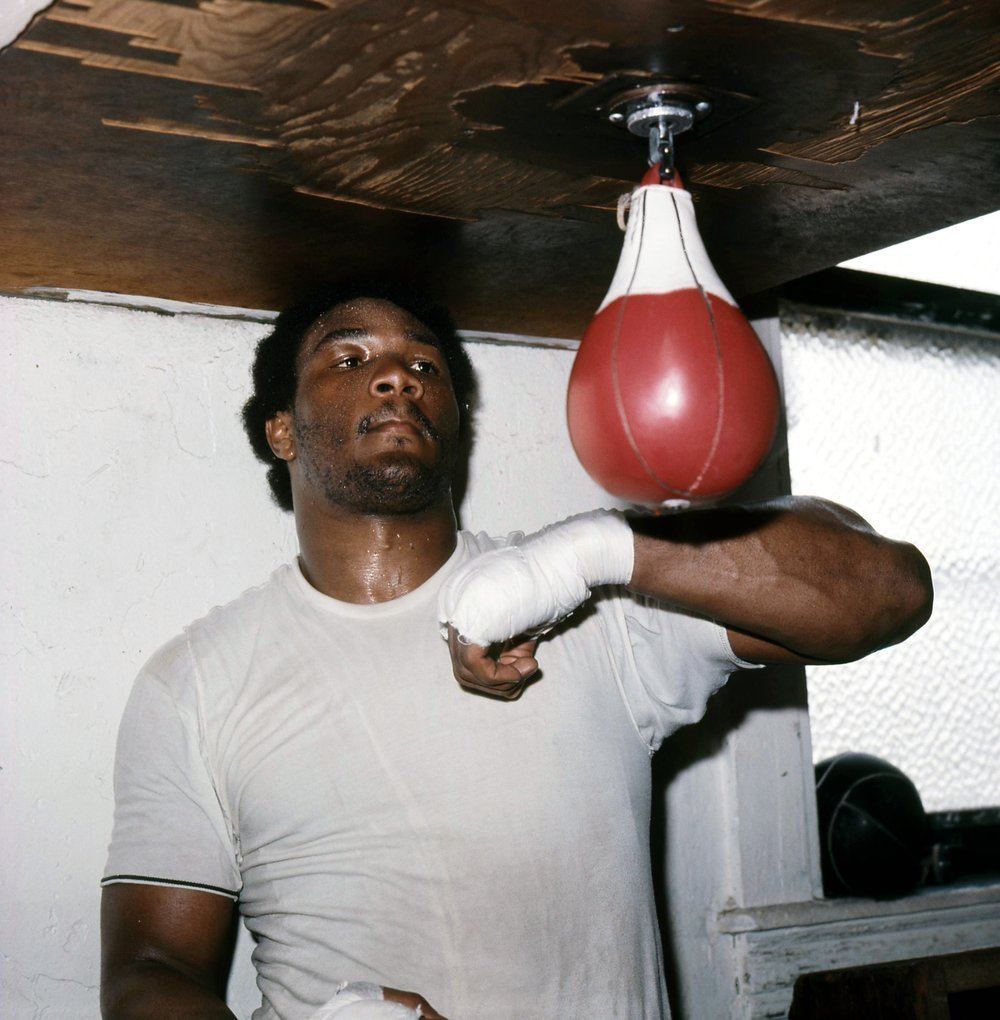 “I saw that whole fight myself. That was the greatest event in the sport of boxing ever. There hasn’t been an event that has come close to it yet. Every time the bell rang for another round, Joe Frazier just kept coming and I don’t think Ali, or anyone else, had seen anything like that. He never stopped coming.”

“Smokin” Joe would retire in 1981 with a record of (32-4-1, 27 KOs) and his only defeats were two to Foreman and two to Ali. In truth, though, Foreman, was the only man who could back “Smokin” Joe up in his tracks. Ali won the epic trilogy over Frazier, but he never once had him off his feet and sacrificed his own physical resources to get over the finish line in their third meeting in Manila.

As game as Frazier was, however, he just could not get around Foreman who, despite everything else he achieved, ranks his first heavyweight championship victory as his proudest moment as a professional.

“This was a major win for me,” Foreman said before reminiscing about the aftermath. “It was time to celebrate, sign autographs and take all the hugs at the hotel room. Then I just wanted water. That’s what I craved more than anything were these big bottles of water. I could drink as much as I wanted. Then it was fried chicken, grilled cheese sandwiches and all the things I couldn’t have when I was training.

“From there, we caught a flight back to Houston and there were celebrations and parades. All kinds of great things. Most importantly, my first child was waiting on me. Michi Foreman was born on January 6, 1973, when I was in Kingston, Jamaica. That was a swell time for me in my life.”

Foreman would defend his championship against Jose Roman and Ken Norton before being spectacularly knocked out by Ali in “The Rumble in the Jungle” in October 1974. The former champion retired three years later following a decision defeat to Jimmy Young and focused all his attention on his family and the Christian ministry. An improbable comeback in 1987 culminated in Foreman regaining the heavyweight championship of the world in November 1994 when he knocked out Michael Moorer in 10 rounds. At 45, he had become the oldest man ever to win a professional title and secured one of the greatest triumphs in sports’ history. 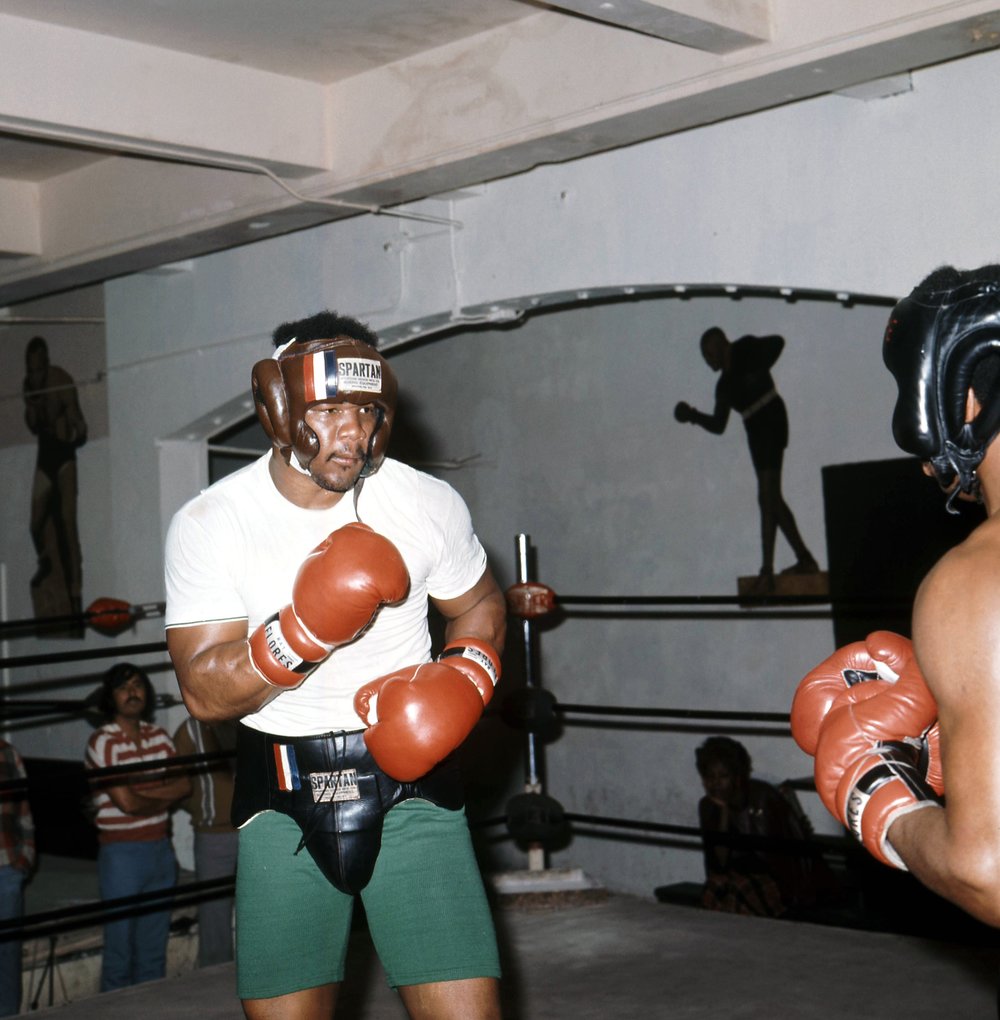 It had been 21 years since Foreman had won the undisputed championship. The new daughter who came into the world just before her father became champion of it now had a total of 11 brothers and sisters. However, no matter how many times the great Foreman reinvented himself, no matter what he accomplished in his hall of fame career – Joe Frazier and “The Sunshine Showdown” have always remained with him.

“I admired Joe Frazier as a man because you never saw two Joe Fraziers – you only saw one,” said Foreman in earnest. “He was the same with everybody. As a professional, Joe Frazier was the toughest fighter of my era. He was a buzzsaw and buzzed through everyone, including Ali.

“But my admiration for Joe Frazier increased just after we fought. I was looking out the window in Kingston and there were crowds waving and cheering for me. There was this couple next door and a lady was standing on the balcony. I waved, then someone told me it was Joe Frazier’s sister. All I could say was ‘Ohhhhh!’ and she said, ‘George, don’t feel bad. We’ve had lots of victories.’ That made me admire Joe Frazier and his family even more because that’s what you call true integrity.”