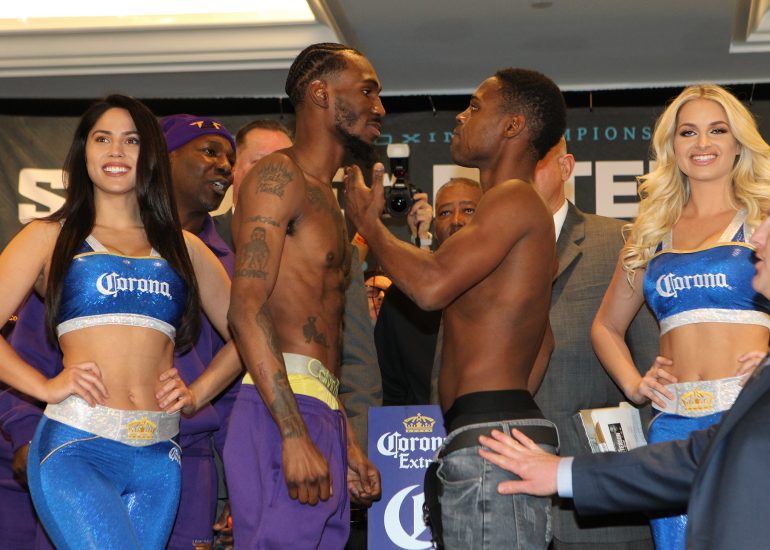 Despite moving up to lightweight, it was Javier Fortuna who couldn’t reach the 135-pound limit ahead of Saturday’s title fight against Robert Easter.

And it won’t be a title fight for Fortuna anymore as a result.

The Dominican Republic native weighed in 136.4 pounds Friday, the highest of his career, and he’s no longer eligible to win the title. If he upsets Easter, the title will become vacant. 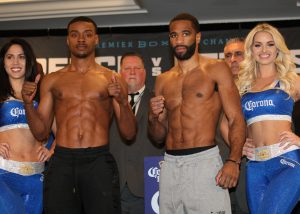 Easter, who will enjoy a five-inch height advantage, made weight at 134.6 pounds.

In the Showtime main event, Errol Spence Jr. weighed in at 147 pounds on the dot for the first defense of his welterweight title. Lamont Peterson, who held a title at 140, came in at 146.75 pounds.