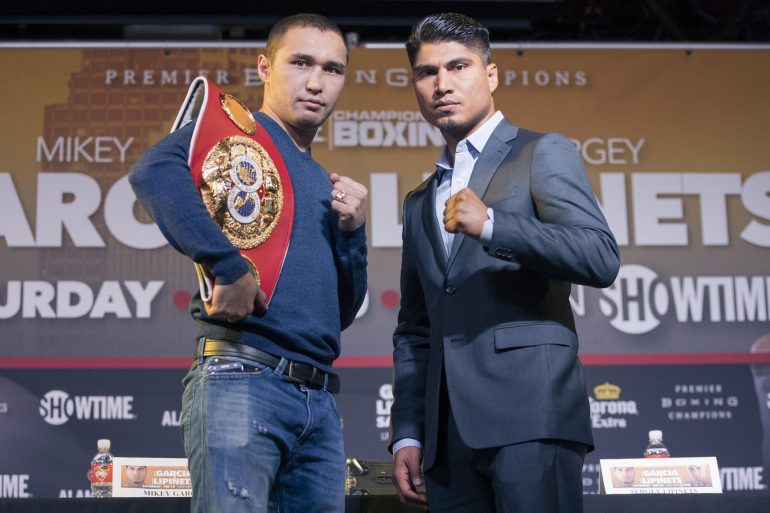 The junior welterweight title fight will now take place on March 10 in San Antonio after Lipinets suffered a hand injury in training. The bout was originally scheduled for February 10, and unfortunately, the matchup will now oppose the ESPN fight between Oscar Valdez and Scott Quigg.

The Southern Californian enjoyed a banner 2017, with a knockout of Dejan Zlaticanin to win the lightweight title and then a wide decision over Adrien Broner at 140 pounds.

In Lipinets (13-0, 10 KOs), Garcia will face a limited brawler, but one who possesses solid power. The former kickboxing champion won the vacant belt with a hard-fought decision over Akihiro Kondo in November.

Garca, THE RING’s No. 6 pound-for-pound fighter, plans to return to 135 pounds later this year ahead of a possible unification match with Jorge Linares.