Errol Spence Jr.: ‘I’m not waiting around for Keith Thurman’ 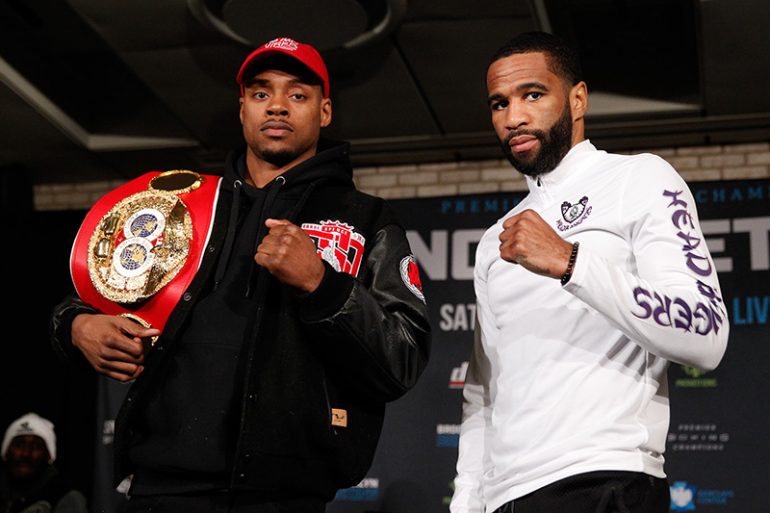 Errol Spence Jr. is a mass of contradictions that somehow all add up to a hell of a fighter.

And although he says the subtle barbs aimed his way by Keith Thurman, his main rival in a jam-packed welterweight division, bounce off his thick skin, Spence is not above firing back with a jab or two of his own.

“I’m not going to wait on him,’’ Spence said of WBA/WBC titlist Thurman, who recently has said a showdown between the two will likely have to wait until 2019 at the earliest. “It’s not like he’s (Floyd) Mayweather (Jr.) or something.”

Ouch. As they say, “The Truth” hurts.

Instead of waiting on “One Time,” Spence will make his first defense of the IBF welterweight title he won from Kell Brook, last May, against Lamont Peterson at the Barclays Center, in Brooklyn, Saturday night.

Peterson is a solid welter who beat Amir Khan six years ago but has lost to the three best fighters he has faced since – Danny Garcia, Timothy Bradley and Lucas Matthysse, who stopped him in 2013 – and Spence is a prohibitive favorite. There is nothing in Peterson’s record that remotely compares to Spence’s 11th round TKO over Brook, an accomplishment made more impressive by the fact it took place in Brook’s hometown of Sheffield, England.
By all indications, this is a busywork fight for a fighter with the potential to be among the sport’s biggest stars and Spence understands he can’t afford to look beyond it.

“My mentality is to focus on what’s ahead because if I don’t get through what ahead of me right now, I can’t get to those other guys,” he said.

Asked to rate the other welterweights, Spence was careful to include Peterson – and to exclude Thurman. “Right now, I’d say the best welters are Danny (Garcia), Lamont, Shawn Porter and me,” he said.

But when asked which would be the fight that will turn Errol Spence Jr. into a household name in a sport that has precious few of them these days, Spence admitted, “Probably the Keith Thurman fight. I think that’s the fight that will get that star for me but I’m not waiting around for it.”

Spence says he hopes to fight three times in 2018, Thurman or no Thurman, beginning with the Peterson fight.

On inspection, it doesn’t appear to be a favorable match for Peterson, whose chin is suspect (he has been down six times in his career) and doesn’t seem to have enough punch to get the respect of Spence, whose beard was validated in the Brook fight. Peterson is at his best when he can use the ring and avoid a firefight, which is precisely what Spence will try to lure him into. And Peterson has shown he is susceptible to being lured in, as he was against Matthysse, one of the division’s heaviest hitters.

Spence lists Sugar Ray Leonard, Terry Norris, Roy Jones, Vernon Forrest and Gerald McClellan, as disparate a group of fighters, style-wise, as you could imagine, as his favorites growing up and, consciously or not, his style has taken a little bit from each of them.

Spence, a compact and powerful southpaw who presents a smaller target than his listed 5-foot-9-and-a-half, has defensive liabilities that are usually overcome by his work rate; he simply keeps his opponents too busy protecting themselves to mount much of their own attack. His body punching is energy-sapping and soul-crushing and his unconventional right jab-left to the body approach is one not many fighters have often seen or are prepared to counter.

And like a lot of young men before him, Spence found, in boxing, a vehicle to focus his energies and athletic ability the way nothing else could.

Spence was born in Brentwood, Long Island, two blocks from the home of Buddy McGirt, the former great welterweight titlist, but his dad Errol Sr. moved the family to DeSoto, Texas, when Jr. was two years old.

Spence Sr. said he could see within the first two weeks of his son’s introduction to the sport that he could be a special fighter. “Boxing is the only thing that keeps him focused,” he said. “For a long time, I told him he needed boxing more than boxing needed him. It’s a good thing that he discovered boxing because it’s the one thing that grabs his interest and keeps him focused.”

“Boxing started out as a hobby for me,” Spence Jr. said. “And ended up as a job.”

Another contradiction? Maybe. But at the same time, one that makes perfect sense.