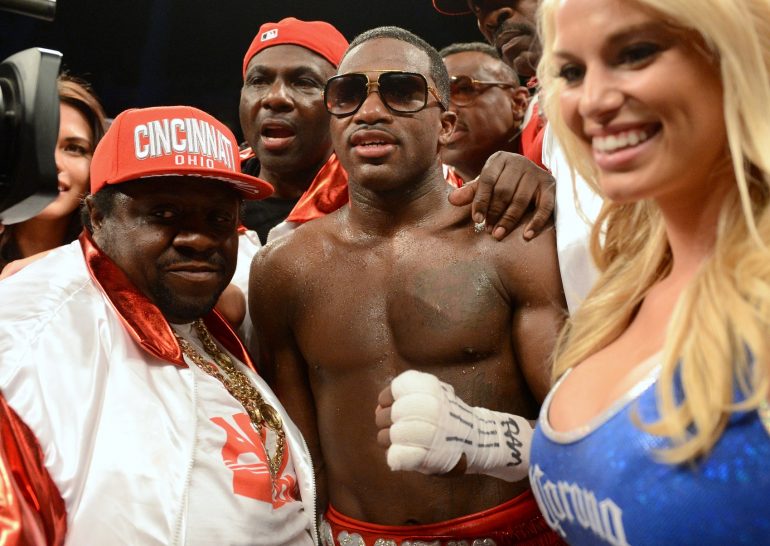 He is, he iterated and then re-iterated, like my son.

Trainer Mike Stafford has been doing this for decades and, he made clear to me, he has a good handle on how to deal with the ups and downs of the fight game.

Therefore, no, he’s not crushed that former four-weight world titleholder Adrien Broner will be working more heavily with Kevin Cunningham for his next fight – date, site and foe TBD but likely to occur in April, maybe against Omar Figueroa.

“He’s the boss,” Stafford told me.

That means Broner is working his own promotional company. And if he wants to get some new eyes on him, new insights into what he needs to do to achieve what folks touting him as the heir to Floyd’s throne back in 2013 thought he could, then that is his choice to make.

He knows what I know. AB is a known entity, a magnetic figure, someone who people will tune in to see what he says and does. Some want him to win, more want him to lose, but they are interested. Even after he under-performed against Mikey Garcia in his last tango.

So, will Stafford still be in the corner on fight night?

“I will,” said the trainer. AB hasn’t told him otherwise.

As we talked—this was Wednesday, at the famed and fabled Gleason’s Gym—Stafford looked over at Robert Easter Jr., who holds the IBF 135-pound title. He’s from Toledo, and we chatted about where Toledo stands on the ladder in Ohio. There’s Cincy, Cleveland, Columbus . . . Toledo is the fourth Baldwin brother.

Easter, though, has been performing more than capably. “If I only had 20 guys like him!” Stafford said. He didn’t make a comparison, explicitly, to Broner. I made that assumption though; Easter isn’t one to dabble in rapping, and enjoy the nightlife hubbub. He’s dialed in to competing, winning, growing as a fighter. He wants the stiffest tests, and he is, basically, a coach’s dream.

But AB is like a son to Stafford. And you stand by your son. I’ve told my daughters, I will always stand by you. Nothing will change that. If you kill someone, I will stand by you. OF COURSE, I PREFER THAT YOU DON’T. I make that clear . . . but I love you no matter what.

So it is with Coach Mike and AB. He stands by his son . . . even if his son wants a little space.