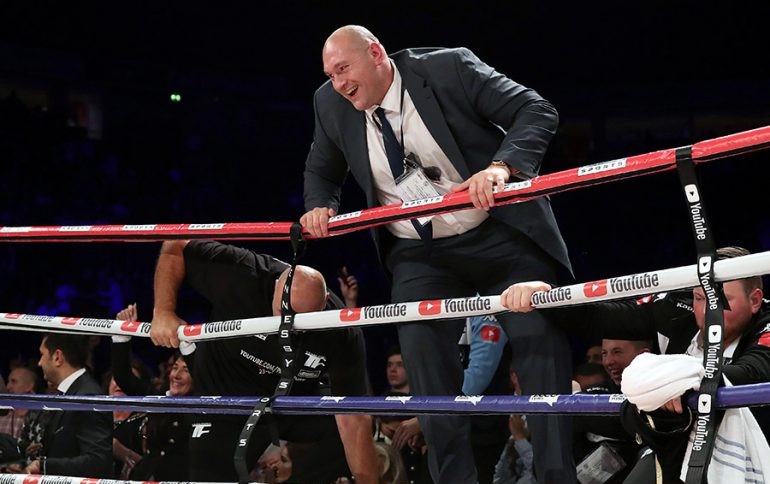 Unbeaten heavyweight Tyson Fury has cleared yet another hurdle in his race to get back into the prize ring.

The 29-year-old Englishman’s license suspension was lifted by the British Boxing Board of Control (BBBoC) on Friday, clearing the way for his team to set a date, opponent and venue for his next professional fight. The one expressed caveat is an up-to-date medical evaluation.

The following statement was issued by the BBBoC:

Fury has been back in training for several weeks and medical clearance would appear to be a formality. His team have already hinted that a date in April will be set for his comeback, although nothing has been confirmed in terms of opposition.

Fury, who is currently THE RING champion, has been out of action since dethroning long-reigning unified titleholder Wladimir Klitschko in Dusseldorf, Germany, in November 2015.

The Manchester man recently accepted a backdated two-year suspension from UKAD for testing positive for a PED (Nandrolone) in February 2015. That penalty cleared the way for Fury to return, pending license approval.