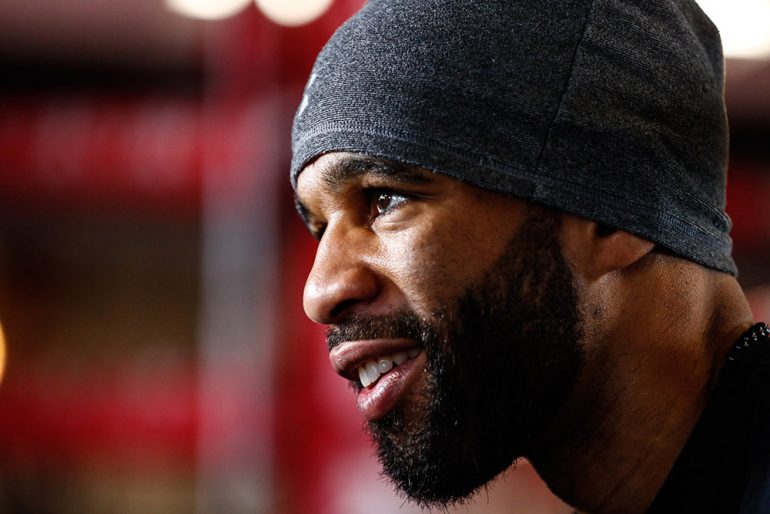 At its essence, boxing is problem-solving. The fighter must constantly adapt, innovate, find ways to gain entry or to avoid disaster against an opponent whom is trying to do the exact same things to him.

For Lamont Peterson, Errol Spence Jr. presents the kind of problems he has always had difficulty solving. Spence is a big puncher (19 knockouts in 22 wins). Like Felix Diaz, over whom Peterson struggled to pull out a majority decision, Spence is a southpaw. He also has a solid chin – never been down – and his forward-facing, high-pressure style is of the type that needs to be hit hard to discourage, and Peterson is not a particularly hard puncher.

Besides, Spence (22-0, 19 KOs), one of the top five fighters in perhaps boxing’s deepest and most talented division, represents a level of fighter that Peterson has never beaten. Peterson’s three losses have come at the hands of Danny Garcia, Timothy Bradley and Lucas Matthysse, who stopped Peterson in three rounds in 2013. Spence is arguably better than all of them and, at 28, nearly six years younger than Peterson, who will turn 34 four days after the fight.

The oddsmakers agree that Peterson faces a tough assignment when he challenges Spence for the IBF welterweight title, Saturday night, at the Barclays Center, in Brooklyn; the champion is a prohibitive 15-1 favorite.

And yet, Peterson’s background – the type that would defeat most human beings before they even reached adulthood – may have uniquely prepared Peterson for his make-or-break fight against Spence.

Peterson believes that growing up essentially parentless and often homeless, as Lamont and his brother Anthony did, provided him with precisely the right skill set to succeed in professional boxing.

“We learned at a young age to do whatever it took to survive,” Peterson said. “We found places to sleep, on buses, on a park bench, in unlocked cars, wherever. We learned how to earn money, whether it was washing windows, pick-pocketing people, stealing bikes and selling them or even just finding them wishing wells and scraping up change. Whatever it took, we did.”

Beating a fighter as skilled and confident as Spence might require Peterson to not only pick his pocket but swipe his lunch money and steal the wheels off his ride while it’s still moving.

But after what Lamont and Anthony Peterson – a junior welter with a 37-1 (with 24 KOs) record who will fight Luis Eduardo Flores in an eight-rounder on the undercard – have already overcome, facing Errol Spence seems comparatively easy. That is why Peterson says he sees his rough start in life not as a setback but, in its own bizarre way, an advantage.

“It’s all how you look at it,” he said. “I learned that, no matter what your circumstances are or no matter what your start is, it’s all about making adjustments, making changes and how you finish,” he said. “Me and my brother, we were dealt a bad hand but, at the same time, I was able to overcome that and make something of that. It’s the same thing in the ring as it is in life. Just because you may not start off well, that don’t mean the fight is over.”

Certainly, Peterson’s character is not in question; despite being abandoned as pre-teens, with their father in jail and their mother unable to care for them, Lamont and Anthony somehow kept a positive attitude, while living on the streets of Washington, D.C.

“We were kids and it’s hard not to have fun as a kid,” he said. “I mean, imagine if you were 8, 9 or 10 years old and you didn’t have any rules? You didn’t have a curfew. No one was telling me what to eat. No one tells me what to do or when to go to bed. Why wouldn’t I have fun?”

However he admits, “We didn’t really know how rough it was until we was out of it and saw another way of life.”

Peterson is living that life now, with two kids of his own, and a win over Spence would not only continue it but elevate his standard of living. The fact that his obstacle is a kid with whom he worked, and in some ways, mentored as an amateur, is a source of amusement and pride to Peterson.

Back in 2011, when Spence was preparing to compete in the 2012 Olympics and Peterson was training to fight Amir Khan for the WBA 140-pound title, the two sparred together when Freddie Roach and Barry Hunter were working as coaches for the U.S. team.

Neither Peterson nor Spence can offer many details about the sessions. “It was good sparring,” Peterson said. It is obvious the then-20-year-old Spence left an impression on his more experienced rival.

“He picked my brain a few times and I saw that he was a good kid,’’ Peterson said. “We’re still on friendly terms. I don’t see him often but, when I do, we’re cool. I watch all his fights. I’m a big fan of his. I’m happy to see him reach this point.”

Those collegial feelings, Peterson says, will not stop him from doing what he has to do, Saturday night. “You learn to separate friendship and business,” he said. “And this is business.”

And in boxing, as in any business, problems crop up suddenly, unexpectedly, that need to be solved and often on the spot.

Once again, Lamont Peterson will find himself in that situation, facing a very big problem named Errol Spence Jr., on Saturday night. And just as he did as a homeless, penniless, parentless kid on the streets of D.C., he will use all the resources at his disposal to try to solve it.

“I’ve conquered everything I had to in life, so far,” he said. “Why should this fight be any different?”