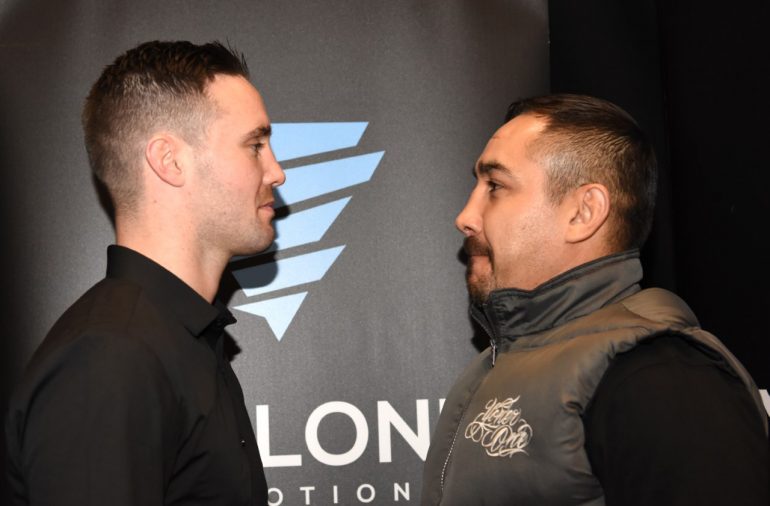 Taylor, who is rated No. 8 by THE RING at 140 pounds, is coming off a ninth-round knockout of former lightweight titleholder Miguel Vazquez in November. A world title shot appears imminent, but the Edinburgh southpaw is refusing to overlook the vastly more experienced Soto.

“Humberto is a great fighter,” said Taylor (11-0, 10 knockouts). “I’ve got massive respect for him. It’s my time to shine though and I’ll make sure I come out on top. This could be a great fight for the fans and I’m preparing for 12 hard rounds. Fingers crossed I can get the job done and move one step closer to my dream of winning a world title.”

Soto (66-9-2, 36 KOs) has previously held WBC titles at 130 and 135 pounds. The Mexican technician moved up to junior welterweight permanently in 2011 and his most notable victory at that weight is a 10-round decision over John Molina Jr. Despite being very inactive in recent years, the 37-year-old insists that he is motivated for the Taylor clash.

“I think I am a privileged fighter,” said Soto. “There are millions of fighters, but very few are chosen to be world champions. My dedication and discipline took me to the top and I will prepare properly for this fight. I know I am the away fighter here, but I believe my dedication can mean I leave the ring as a winner. I think this will be a great fight. I will give my heart and soul in the ring and the fans should enjoy this.”