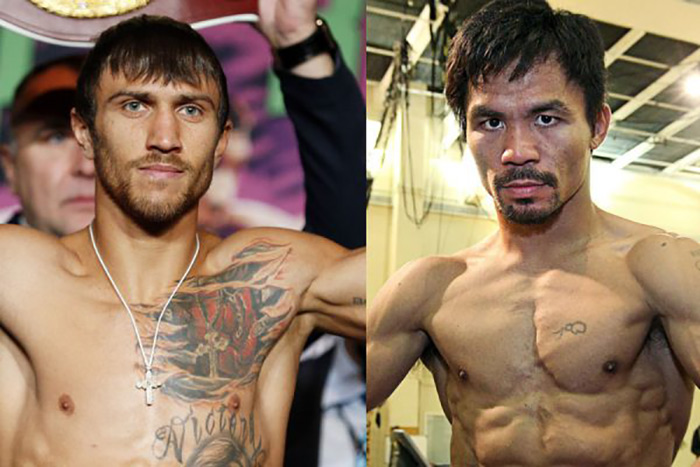 The boxing buzz for the last two days has very much been centered on the possibility that the fighting Senator, Manny Pacquiao, might be gloving up against maybe the top pound-for-pound hitter on the planet, Vasyl Lomachenko.

Promoter Bob Arum has talked of pitting his Omaha draw, Terence Crawford, against Pacman (59-7-2), but some in the Pacquiao camp don’t think stylistically that’s a good fit for Manny, who is 39 years old and does Senatorial duties in his Philippines. But what about Lomachenko, the 10-1 pugilist last seen owning Guilllermo Rigondeaux in NYC?

What about that fight, I asked Freddie Roach, who was in Brooklyn Wednesday for a media workout at the famed and fabled Gleason’s Gym, to bang the drums for the Saturday night’s fight card at Barclays Center, portions of which will screen on Showtime.

“Yeah, I like that fight a lot. I don’t like the Crawford (fight) but I like the Lomachenko fight, yes. Because Loma’s not as big a puncher (as Crawford), not as strong. He has really good footwork, but once you press him all that footwork goes out the f__king window.”

Yes, Roach thinks, he believes we will see Manny versus Loma, in April. And his prediction, if and when that comes to fruition?

“It is a big fight. Pacquiao, we need him to be at his best, but as I told him, you can’t be a Senator and a boxer. At this age you gotta pick one or the other.”

In other words, he’s holding out, waiting to see if he can get a promise from Manny that he will put the juggling aside, and concentrate full on to fight the dazzling dancer from Ukraine, who can pop more than a little bit too, especially when he stabs you from a weird angle and you don’t see it coming.

Note: I told Freddie I wanted to give a shoutout to his mom, Barbara Roach, who died on Dec. 23 at age 82. “Yeah, I miss her and I wanted to call her for some advice today but I forgot I can’t, which really sucks,” Freddie told me. “I love you mom.”