Now Boxing Promotions getting ready to make some noise 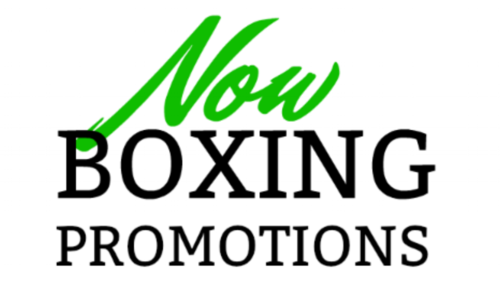 For over thirty years, Cameron Dunkin has guided some of the best fighters in the world. During that time, he has worked with 34 world champions including Kelly Pavlik, Tim Bradley, Diego Corrales, Johnny Tapia, Nonito Donaire and several others.

Dunkin, who lives in the boxing capital of Las Vegas, is well-known for his talent spotting skills and nurturing fighters from the amateurs to the professional ranks. Most recently, he did just that with star client and two-weight world champion Terence Crawford.

In the 1990s and 2000s, Dunkin regularly worked with Top Rank as well as many other top promoters. However, over the past couple of years he’s been less visible. Now, with the help of his brother, he now feels ready to unleash his latest batch of young talent. 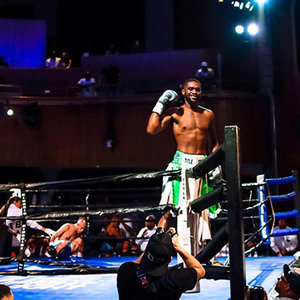 “I believe this roster is as good as anything I’ve ever had, I really do. I think in a couple of years’ time [Jaron] ‘Boots’ Ennis, Adam Duranyi, Brandun Lee, and Christian Montano will be names on everyone’s lips.”

Rising welterweight star, Ennis, 20, has moved quickly to 17-0 (15 knockouts) since turning professional less than two-years ago. The Philadelphia native comes from a strong amateur foundation; finishing runner up in the Olympic trials and in the eyes of some he has pound-for-pound potential. Ennis is scheduled to fight on Jan. 26.

Duranyi (13-0, 12 KOs) is a heavy-handed junior middleweight who also comes from a good amateur background. This Toronto prospect is 22 years old, 6-foot-1 inches tall and he appears ready for a step up in class.

A pair of fledgling teenage up-and-comers from Coachella, California, also have potential. Junior welterweight Lee (7-0, 6 KOs) and bantamweight prospect Manuel Flores (4-0, 3 KOs) impressed in their first year as professionals. Lee is of Korean decent and is very popular in his community.

Montano (3-0, 3 KOs) could be a good addition to the light heavyweight ranks. The 19-year-old was the No. 1 ranked American and had won three national titles before turning professional.

The roster also includes welterweight Mikael Zewski (29-1, 22 KOs) who enjoys a good fan base in Canada and he’s working his way back into title contention after his only loss in 2015. Junior bantamweight Matthew Griego (8-0, 7 KOs) who has drawn some comparisons in New Mexico to the late great Johnny Tapia. Brian Mendoza has quietly gone about his business, building his record to (16-0, 11 KOs). Detroit-based 147-pound puncher Joseph Bonas (2-0, 2 KOs) and England’s Donovan Cameron (4-0, 4 KOs) could also have a bright future.

Dunkin has been involved in some huge fights. He led Pavlik to the middleweight championship when he upset Jermain Taylor in September 2007. He also helped procure two of Bradley’s three fights with Manny Pacquiao and engineered shots at the Filipino congressman for other clients including Rios and Jessie Vargas.

“Yeah, you know I’m fortunate, the lords been good to me,” said Dunkin humbly. “I’ve worked at the highest level for a long time and now I’m using that experience to help my new guys.”

Without a big-name promoter backing him, things have been a little more difficult in recent years, but Dunkin is nothing if not resilient.

“It’s not been easy and we’ve had to work long and hard, but we’ve been able to sign premium guys,” he said. “I’m really excited and confident in these guys.

“Over the Christmas holidays, while normal people were enjoying themselves [laughs], we were securing the services of one of the top amateur talents in the country in Brian Norman.”

This is all new to Dunkin’s brother, Joe, who has attended fights, watched others from afar and pitched in to help Cameron at times. He’s also excited to forge ahead with the company.

“It’s always going to be tough, but I’d stack our young stable against any other promoter in the country,” said the fledgling promoter.

“Much bigger, well-known promoters such as Top Rank, Golden Boy, Al Haymon; they have the stars of today, and always will, but we feel we have a terrific crop of young talent. We believe (they) will also be the stars of tomorrow.

“We’re not going to try to run before we can walk. Initially, we’re looking at building a couple of hometowns where the fans can really get behind their fighters and from there, the sky is the limit.

“We have an open-door policy with all the other promoters and are always looking for new talent.” 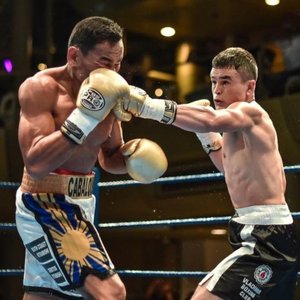 The duo has also brokered a deal with Malaysian businessman Vikram Sivapragasm. This will give Now Boxing Promotions an extra dimension; making them not just national but also international.

“I met Cameron while I was in Las Vegas last summer. We got on well and continued to have dialogue when I returned home,” said Sivapragasam. “We have similar visions and goals and it made sense to partner up. I’m extremely excited to work with both Cameron and his brother.

“This will give my fighters Kudratillo [Abduqaxorov] and Aziz [Abdugofurov] the opportunity to fight in America which they are very excited about. If they’re successful we may bring more fighters from Uzbekistan which is talent rich.”

In relation to new promotional companies, Top Rank founder Bob Arum once said, “The desert is strewn with bleached bones”. Whether Now Boxing Promotions will fall into that category or excel remains to be seen.