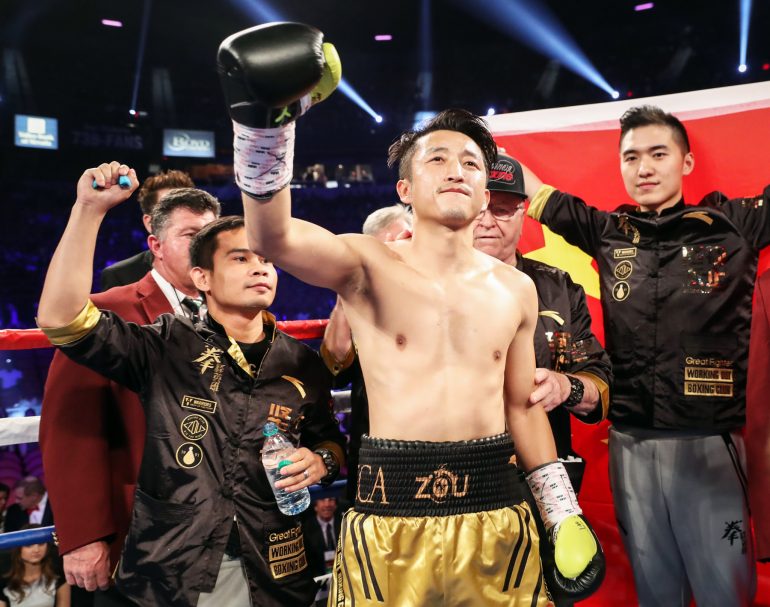 Zou Shiming, a Chinese Olympic star and former WBO flyweight titleholder, is grappling with the possibility that he may never fight again after injuries to his eyes.

Zou last fought this past July, suffering a shock 11th-round technical-knockout loss to unheralded Japanese challenger Sho Kimura (currently rated No. 5 at 112 pounds) in Shanghai, China. The loss cost him his title, but a sudden loss of vision in his left eye during a flight in December may have cost him his career.

Zou, 36, was admitted to the hospital with injuries to both eyes, including orbital fractures, according to state Xinhua news agency. A member of Zou’s team told Agence France-Presse that Zou is out of the hospital and did not undergo surgery, and that they are awaiting further instructions on his treatment.

“He just got out of hospital and is staying at home to recover. The (left) eye has recovered a bit but still could not be called healthy,” a team member was quoted by AFP.

South China Morning Post reports that Zou had had issues with his left eye dating back to his amateur days, saying that the fighter complained of double vision in his left eye during his run towards his second straight gold medal at the 2012 Olympics in London.

Zou (9-2, 2 knockouts) turned pro in 2013 under Top Rank to great fanfare, bolstering the Las Vegas-based promotion’s pivot to Macau’s casino scene. With trainer Freddie Roach in his corner, he won his first six fights but fell short in his first title opportunity, dropping a unanimous decision to his old amateur rival Amnat Ruenroeng for the IBF flyweight belt. After two victories in 2016, Zou closed the year in Las Vegas, defeating Thailand’s Prasitsak Phaprom, a fighter he’d previously outpointed, to pick up the vacant WBO title.

For his first and only title defense, Zou parted ways with Top Rank and Roach, choosing to promote his own fight and run his own camp.

Zou addressed his fans on the Chinese social media platform Weibo, forwarding an update from his team on his health with the message “I’m still me.”