Lucas Matthysse: ‘There was no chance of me ever quitting’ 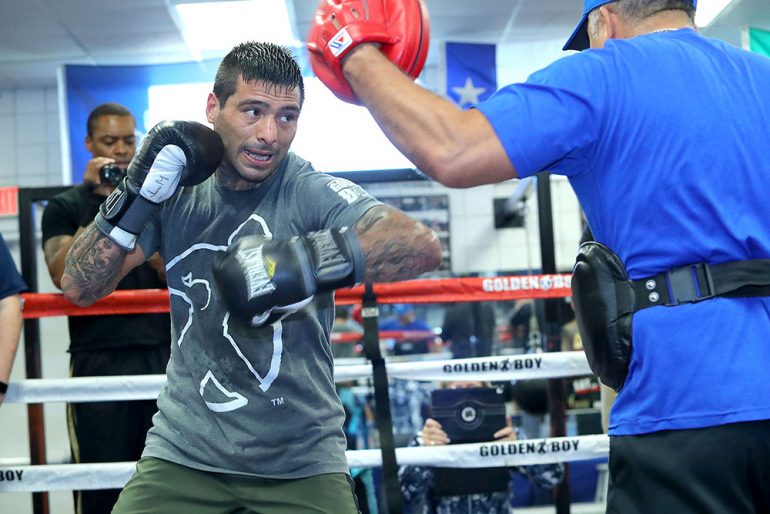 INDIO, Calif. – Ahead of his Jan. 27 date on HBO, Lucas “El Maquina” Matthysse held a media workout at the Boys and Girls Club of Coachella Valley Thursday afternoon, and alongside his trainer Joel Diaz, the boxing veteran aimed to show that his career is far from over.

“I feel great. I’ve trained really hard, I’m happy and I’m great,” Matthysse told RingTV before working out for the media. “Training camp has been excellent. I did a little bit of training in Argentina before coming here to Indio. Training with Joel Diaz and the entire team has been great. I know that Tewa Kiram is a hard puncher and can fight on the outside, but on January 27th, I’ll become world champion.” (Note: Matthysse will be fighting for the WBA’s “regular” title; THE RING recognizes Keith Thurman’s “super” belt as the legitimate WBA title.)

Matthysse (38-4, 35 knockouts) will be fighting Kiram (38-0, 28 KOs) in a 12-round contest as the main event of an HBO “Boxing After Dark” (10:30 PM ET / 7:30 PT) card that will also feature Jorge Linares, the WBA and RING Magazine lightweight champion, taking on Mercito Gesta. The Golden Boy Promotions card will take place at The Forum in Inglewood, California.

In October 2015, Matthysse suffered a knockout loss to Viktor Postol in a fight for the vacant WBC junior welterweight title, and it effectively put him on the shelf for 19 months. In that span of time, Matthysse hired Diaz while giving his body a chance to recoup, and in May of last year, the fighter made his welterweight debut by knocking out Emmanuel Taylor.

“There was no chance of me ever quitting,” Matthysse told any and all reporters about the aftermath of the Postol loss, and whether or not he was close to retirement. “Obviously, the hurt felt bad and I didn’t like it, but I did want to rest, and once I got the rest I came back. I’m ready.”

When asked if he’s had to make any special adjustments in training, considering his age as he enters his 43rd professional fight, Matthysee joked, “No, just training hard. I’m 35 years old. If you think that 35 is too old for you, I don’t want to be seen at 45.”

Matthysse proceeded to put on a full workout for the media, and while showing a good rapport with Diaz, the Argentine also displayed explosive power on the mitts with strong, fresh legs underneath him.

“I did it at 140 pounds, and I’m gonna do it again at 147,” Matthysse proclaimed. “I fought the best then, and I’m gonna fight the best now. Obviously, I have to fight Tewa Kiram first. Getting in the ring is not a game. I might not know about what he is bringing, but neither will he. We both know what we bring to the table: We’re both knockout artists.”

On the non-televised undercard, Matthysse’s countryman and stablemate, Marcelino “Nino” Lopez, will be fighting an opponent to be announced, and he also spoke with RingTV. 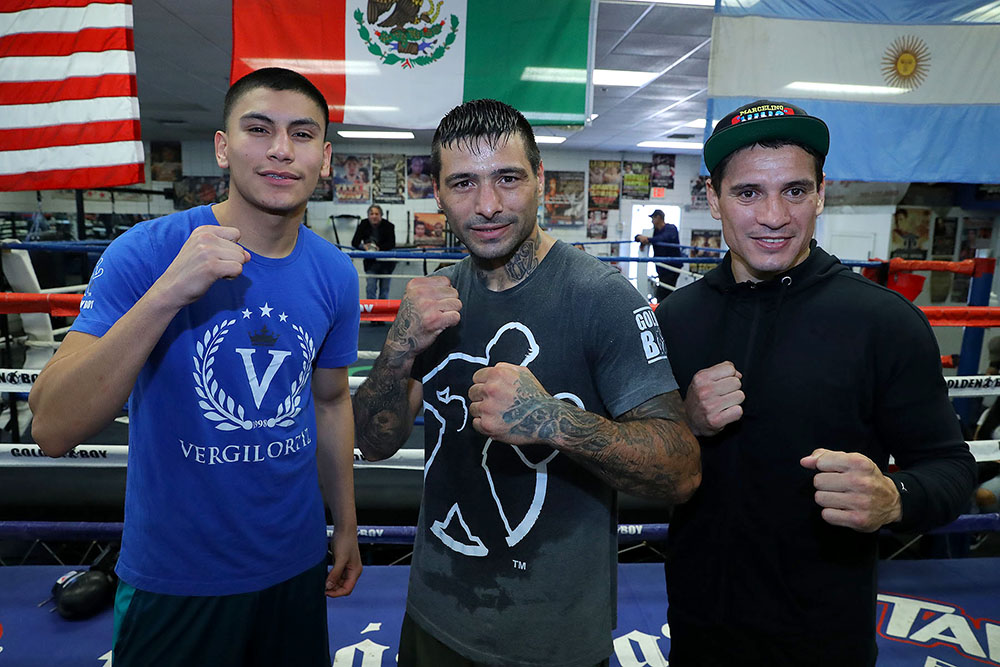 “It hasn’t changed anything,” said Lopez (33-2-1, 18 KOs) of not knowing his foe’s name. “Obviously, we may not know who it is, but we prepare ourselves as if it were a TV fight. We’re focused on the 27th, but keeping that in mind, we know after that we’re going to have a tough opponent. So we’ll focus on this first, and then we’ll have a big fight.”

Lopez is coming off a tremendous, career-revitalizing second-round knockout of Pablo Cesar Cano last October on ESPN2, and the 31-year old junior welterweight hopes to keep the momentum going.

“Yes,” Lopez said, smiling once he heard the knockout mentioned, “it was exciting because it was a former world champion — a guy who has been in there with tough competition, had some knockouts, but also had some decision wins against some really tough fighters. We’re really happy with that victory.”

The win was his first under the guidance of Diaz. Needless to say, Lopez feels he’s in a good place with the trainer in his corner and Matthysse training alongside. The Argentines have shared a card before, but Lopez believes they will right a wrong this time around.

“Unfortunately, the day I shared a fight card with him was the day he fought Viktor Postol,” Lopez recalled. “This night will be different. We will get two victories for Argentina.”