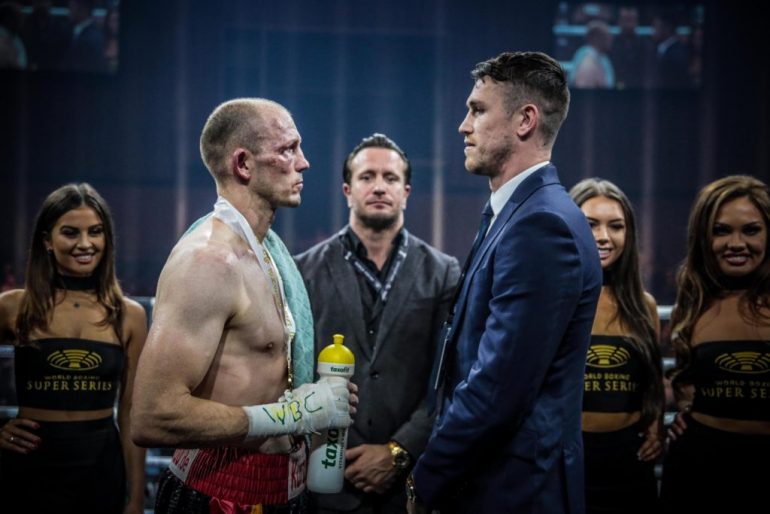 The Callum Smith-Juergen Braehmer World Boxing Super Series matchup finally has an official date and venue. Both men will collide at the Arena Nürnberger Versicherung, Germany on February 24.

Smith, who is rated No. 3 by THE RING at 168 pounds, scored a 12-round unanimous decision over Erik Skoglund in September to advance in the elimination tournament. Braehmer, who is rated No. 10, posted the same result against American Rob Brant the following month.

“We are very much looking forward to bring the Ali Trophy experience to Nuremberg on February 24,” said promoter Kalle Sauerland.

“Smith vs. Braehmer – England vs. Germany – it’s a classic anyway, but this one pits youth vs. experience. Smith is eager to show the world he is the best while Braehmer is entering the last chance saloon. The outcome is unpredictable. It’s going to be a thrilling night in Germany and a fitting event for the last of our semi-final fixtures.”

The winner of this fight will meet either George Groves or Chris Eubank Jr. in the final. Those two collide one week prior in Manchester, England, for Groves’ WBA super middleweight title.

“I believe I will beat Jurgen Braehmer anywhere in the world and it is a nice away trip for my fans,” said Smith in relation to fighting the former WBO light heavyweight titleholder on enemy territory. “I am the better man, the younger, fresher man, and I believe I will do what needs to be done to get to the final.”

“I am looking forward to the fight,” said 39-year-old Braehmer. “Callum is a good fighter, but I feel confident that I will win this fight. I am in this tournament because I strongly believe I have the ability to win it.”

Tickets for the Ali Trophy semi-final bout Smith vs. Braehmer will go on sale next week. Fans are asked to sign-up for ticket alerts at worldboxingsuperseries.com to receive the Ticket Link directly to their inbox, and avoid disappointment.