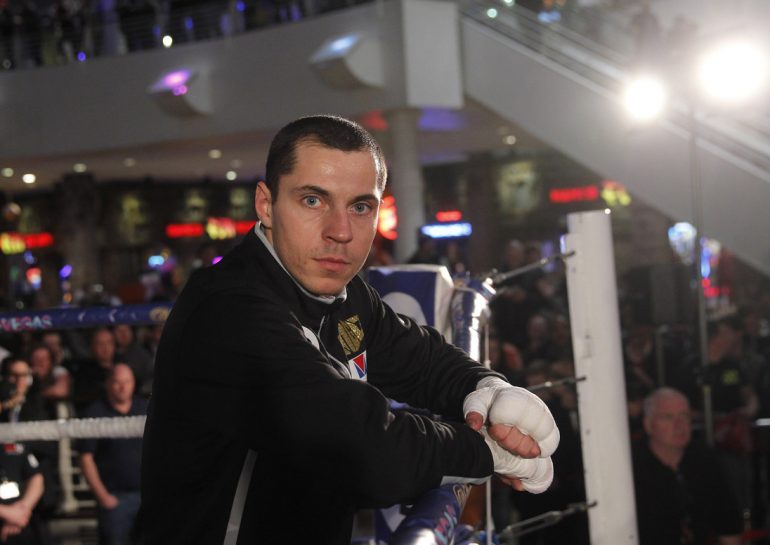 Top Rank is rolling into its second year of boxing shows exclusively on ESPN, and the company has another intriguing fight on tap for the spring.

Oscar Valdez, the Mexican Olympian, will defend his WBO featherweight title against Scott Quigg on March 10 at StubHub Center in Carson, California. Sources told RingTV.com terms are agreed to for the 126-pound scrap, first reported by ESPN.

It’s not a marquee fight, but it illustrates the kind of deal Top Rank needs to make to ensure their series on ESPN is successful. Top Rank doesn’t have any featherweight contenders of note besides Valdez, but Bob Arum and Co. struck a deal with Eddie Hearn to bring Quigg over for his U.S. debut.

Quigg (34-1-2, 25 knockouts) has reeled off three consecutive wins since a 2016 split decision loss to Carl Frampton in a 122-pound unification title fight. After the defeat, Quigg moved up to 126 pounds, and now he’s ready for a title fight.

He’s working with Freddie Roach ahead of the fight in Hollywood, so he’ll be plenty acclimated to his new surroundings with the fight about a 30-minute drive from camp.

“He should beat Valdez,” Roach told the Los Angeles Times. “I don’t think Valdez is that good.”

Valdez (23-0, 19 KOs) hasn’t been forced to show his best yet. He won the strap with a knockout lightly regarded fighter Matias Carlos Adrian Rueda in 2016, and his two best wins to date are over Miguel Marriaga, a wild swinging Colombian, and most recently, Genesis Servania, an untested Filipino.

Against a fighter with pedigree like Quigg, Valdez will need to shore up his defense, which has been suspect.

And if the action fighter comes through, Top Rank could have a budding star on its hands.