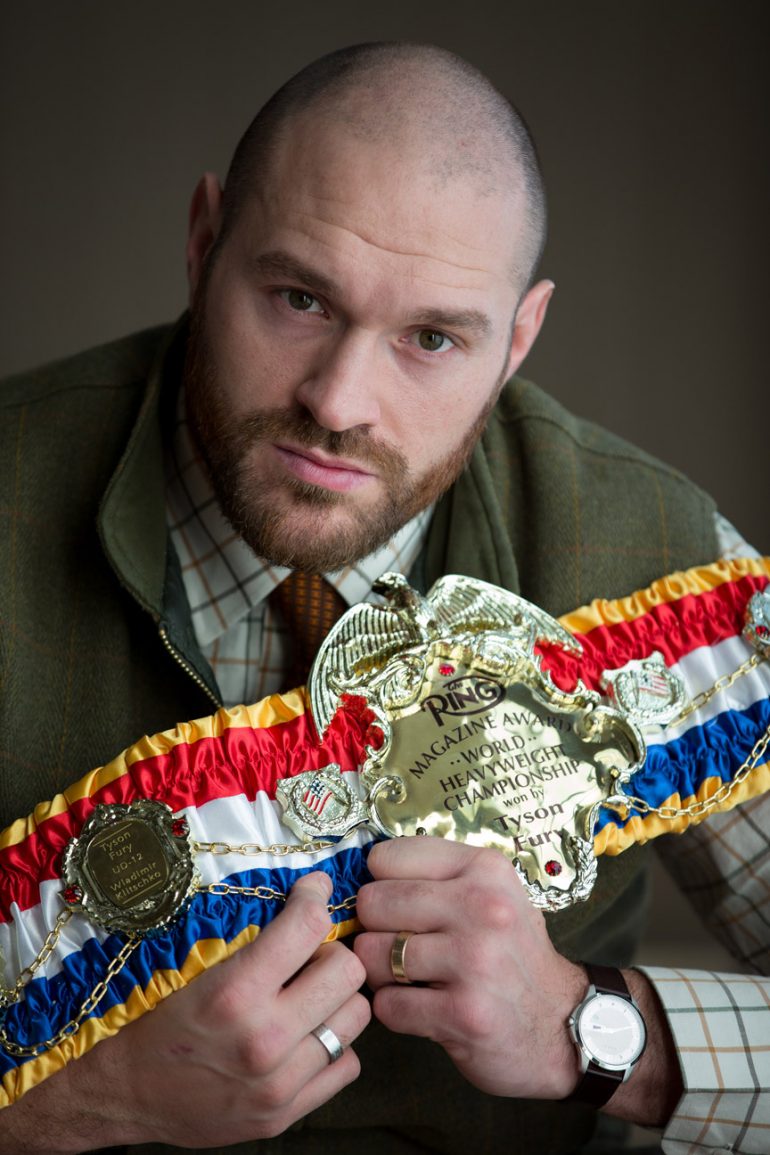 It seems that, finally, Tyson Fury might defend his RING heavyweight championship.

The troubled big man announced via Twitter on Wednesday morning that he would apply for his boxing license later in the day ahead of a planned April return.

“Can’t wait to get back in the ring,” Fury wrote. “I keep saying I want to fight Anthony Joshua in my first fight back. Ray (Leonard) had one fight in five years then came back and beat Marvin (Hagler), so it can be done.”

The 29-year-old hasn’t competed since the biggest victor of his career, a November 2015 upset of Wladimir Klitschko. They were set to rematch, but twice bouts were cancelled due to claimed injuries by Fury, and finally, he took a hiatus from the sport as he battles mental illness.

His license was also suspended by the British Boxing Board of Control as the U.K. Anti-Doping agency looked into a positive test for the performance-enhancing substance nandrolone dating back to 2015. The Brit was forced to accept a backdated two-year-ban as part of a resolution with UKAD.

Since then, Fury has teamed up with MTK Global Management, the emerging group led by former middleweight contender Matthew Macklin, and ditched longtime trainer Peter Fury, his uncle, for Ben Davidson.

He also has a powerful man assisting him as he attempts to secure that license.

“Delighted to have Tyson Fury back!” promoter Frank Warren tweeted. “I’ll be applying for the reinstatement of his BBBoC license on his behalf. He is the best Heavyweight in the world and he is coming to recapture the belts he never lost in the Ring in April!”

Of course, Fury has stated numerous times that he would return, only for those comebacks to fall by the wayside.

But this attempt seems more real. He’s in training, as he looks to shed off all the weight off his 300-plus pound body, and he has a team behind him. Now, Fury just needs a boxing license.