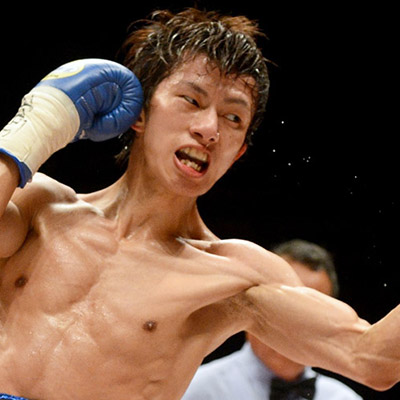 The scores were 117-111 on two cards and 116-111 on the third, earning Taguchi the vacant RING magazine junior flyweight championship.

Melindo (37-3, 13 knockouts) started confidently, beating Taguchi (27-2-2, 12 KOs) to the punch in the first two rounds with his jab, which set up heavy shots to the body and head of the taller Japanese fighter. A clash of heads started the bleeding in round three as Melindo, bedeviled by cuts over both eyes in his previous fight against Hekkie Budler in September, was cut over the left eye.

Taguchi took control of the fight, getting in and out with his punches against an increasingly stationary Melindo. A second cut opened up over the right eye in the fifth round due to another butt, but Melindo mustered enough strength in the sixth to land hard hooks to Taguchi’s body to hold off the hometown fighter.

The momentum swung Melindo’s way in the ninth when it was Taguchi’s turn to draw blood, this time from a cut high on his hairline. The head clash left Taguchi to make adjustments, and while he figured it out, Melindo rediscovered his jab and used it to set up body shots and right hands upstairs.

Taguchi had more in the tank in the later rounds, coming out strong in the tenth at a pace which Melindo couldn’t keep with, and by the end of the round it was Melindo who looked out of gas. The final two rounds showcased the conditioning and tenacity of Taguchi, and the bravery of Melindo, as he kept swinging with blood streaming from both sides of his face.

“After the eighth round I told Milan to get the last four rounds [and you’ll] win the fight…but he got to the ninth round only but he did not maintain,” said Villamor, who says the cuts were new ones “bigger than before,” and not re-opened cuts suffered in the Budler fight.

The loss brings a close to Melindo’s reign as world champion, which began in May with an improbable first round technical knockout of Akira Yaegashi in Japan, making good in his third shot at a world title. Taguchi has now made seven title defenses since becoming champion on New Year’s Eve 2014, and shifts control of the division back to Japan, which, with Ken Shiro holding the WBC title, now holds three of the four belts at 108 pounds. The WBO belt is in the possession of Puerto Rico’s Angel Acosta after another Japanese fighter Kosei Tanaka vacated.

The fight headlined a world title triple-header promoted by Watanabe Promotions. In earlier action, Hiroto Kyoguchi retained the IBF strawweight title with an eighth round stoppage of Carlos Buitrago, and Sho Kimura defended the WBO flyweight belt with a ninth round stoppage of Toshiyuki Igarashi.