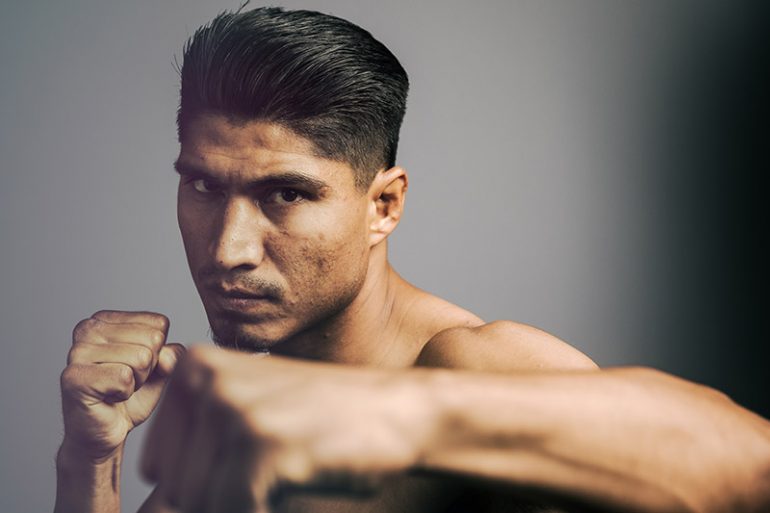 LOS ANGELES — Just because Mikey Garcia is competing at 140 pounds for a second consecutive bout doesn’t mean we’ve seen the last of him at 135.

Garcia will challenge Sergey Lipinets for the Russian’s junior welterweight title February 10 on Showtime, but after that, Garcia is ready to compete in another weight class.

A fight between Garcia, who still holds the WBC’s lightweight title, and Linares, THE RING lightweight champion, is a coveted one. The sides were in talks last month, but Garcia decided to pursue the Lipinets fight.

The WBC allowed Garcia to keep his 135-pound title in the meantime, but on Tuesday, they mandated that Garcia must face Linares after his February outing at 140 pounds.

Linares has a stay-busy bout on January 27 against Mercito Gesta, and after that, talks should resume for a highly anticipated fight vs. Garcia.

“Golden Boy and I were in discussions to secure the Linares fight, but they themselves also suggested that we could wait, and we both take interim matches,” Garcia said. “They feel the financial aspect of the sport will be better if we wait, maybe sometime in the summer.

“I still plan on fighting Linares and I would love to fight him at 135. He says he’s willing to go to 140, but I’d prefer if we fight at ’35 so this is the task in front of me first. I have to get through this before I can look forward to other fights, but I still look forward to that fight, hopefully we can secure that for this coming year.”

Garcia proved his class in 2017 following a lengthy ring absence. All the Southern Californian did was score a highlight-reel knockout of Dejan Zlaticanin in January to win the title, and then he moved to 140 pounds and dominated Adrien Broner.

Linares, with his impressive blend of speed and athleticism, figures to present a much tougher test for Garcia than either of those opponents, but Mikey will be the favorite all the same.

After all, he’s already catapulted himself to No. 6 on THE RING’s pound-for-pound list, and Garcia simply doesn’t make mistakes in the ring.

His defense is tight, his power is tremendous. Can Linares, a flashy fighter with blinding speed, give Garcia problems? If all goes according to plan, they’ll settle it in the ring.