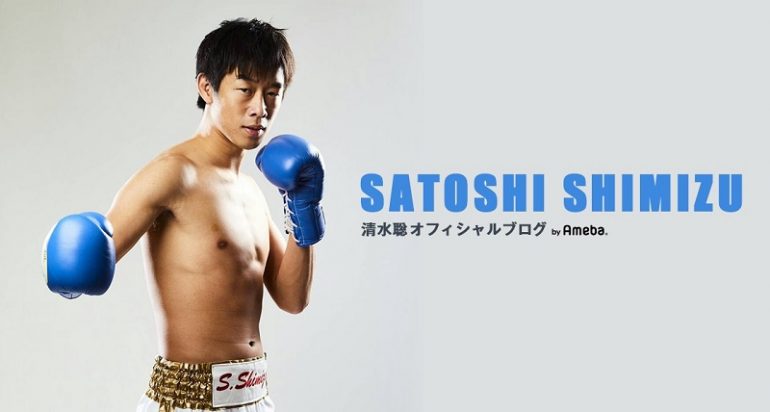 Best night of pro career and why: Satoshi is most pleased with his most recent outing, when he stopped Sa Myung Noh to win the OPBF featherweight title.

“It was my first time to challenge for a title,” Satoshi told RingTV.com through Tomoyuki Kataoka. “In the fight, I felt tense; however, I landed a good left-handed punch on him to end the fight.”

Worst night of pro career and why: Satoshi is disappointed with his professional debut. He did stop In Kyoo Lee but took five rounds to do so on the undercard of stablemate Naoya Inoue’s WBO junior bantamweight title defense over Petchbarngborn Kokietgym in September, 2016.

“Both of us felt tense and therefore I struggled to land an effective punch,” he said.

Next fight: Satoshi makes the maiden defense of his OPBF belt against Eduardo Mancito on December 30.

Mancito (15-7-2, 9 KOs) enters on the back of two losses and he doesn’t figure to snap that against Satoshi. However the 25-year-old has only been stopped once, against former WBC junior bantamweight titlist Tomas Rojas. He has also gone the 10-round distance with current WBC junior featherweight titleholder Rey Vargas.

“Eduardo Mancito is short, compared to me, and, therefore, it might be difficult for me to land my punches against him,” he said of his Filipino opponent. “However, I have got acclimated with fighting against short boxers because of my sparring for the bout.”

Why he’s a prospect: Satoshi was a hugely decorated amateur; during his time in the unpaid ranks, he was the National Sports Festival champion, in 2004 and 2010, and the All-Japan Champion in 2007 and 2009.

Satoshi qualified for the 2009 World Championships but was unable to fight and in 2011, he lost in the second round.

He also represented his country at the 2008 and 2012 Olympics. At the Beijing Games, as a featherweight, he lost in the second round, after receiving a bye.

Four years later, in London, Satoshi fared much better at bantamweight, winning three fights before losing 20:10 to eventual gold medalist Luke Campbell in the semifinal. It was Japan’s first Olympic boxing medal since 1968.

Satoshi returned home with the bronze and intentions of returning in 2016. However in January of that year, he surprisingly lost to Daisuke Narimatsu. The loss prompted Satoshi to sign professional forms with Mr. Ohashi.

The Yokohama-based fighter feels he has two particular strengths as a boxer: “My tall body and solid punches.”

Satoshi is already ranked by two of the four major sanctioning bodies, largely because of his OPBF title win, at No. 11 by the WBC and No. 13 by the IBF.

Why he’s a suspect: Satoshi has had everything go his own way so far, winning all four fights inside the distance, with no fight going past five rounds. To his credit, he’s moved relatively quickly and already owns the prestigious OPBF title.

Closer inspection reveals that he’s yet to face anyone of note. That will come, maybe as soon as next year.

One obvious area of concern in that Satoshi will turn 32 in March, relatively old for a fighter in the lower weight classes.

Satoshi and Ohashi both feel more professional experience is necessary to continue his progress. Perhaps he could use more activity.

At nearly six-feet tall, Satoshi will hold height and reach advantages over nearly all of his rivals. However being so tall, he may not be as strong as some opponents.

“I am convinced that my physical capacity will improve,” he said regarding his strength. “I have enough room to progress my body strength.”

Satoshi mentioning feeling tense also raises eyebrows. So far he’s dealt with the nerves; how will he do so as he progresses?

Storylines: As a youngster, growing up in Soja, Okayama, in the south of Japan, Satoshi enjoyed table tennis.

He began boxing at a gym in Kurashiki, Okayama, in the third grade of junior high school. Things progressed and he enjoyed a very successful amateur career.

Mr. Ohashi feels his client has a bright future and expects him to fight for a major featherweight title.

“His advantage is that he is a good in-fighter, regardless of his tall body, and his left hand from long range is a big shot,” said the promoter. “These kind of punches are very difficult to keep away.

“I would like him to fight in more matches and, at the correct time in the future, I would make him fight for a world title.”

Satoshi is not married and has no children. He enjoys fashion, particularly in clothes. He graduated from Komazawa University with a degree in Business Administration. He also joined Japan Ground Self-Defense Forces from April 2009 to March 2014.

Questions and/or comments can be sent to Anson at [email protected] and you can follow him on Twitter
@AnsonWainwright.