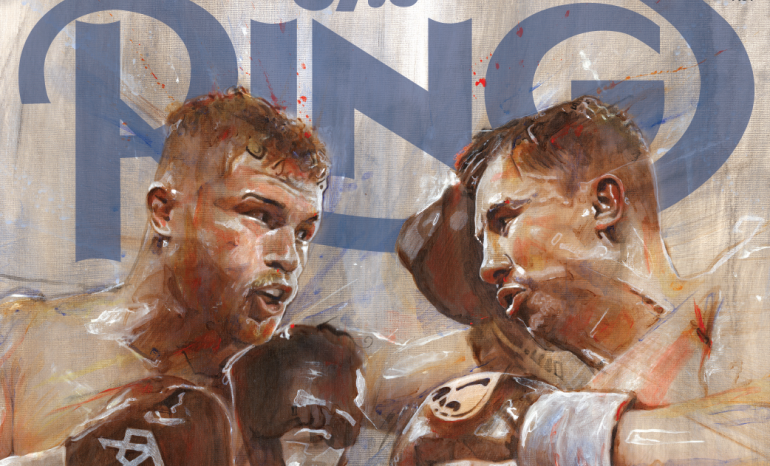 We’re in the countdown to reveal our Fight of the Year and Fighter of the Year for 2017. Here are the winners in all other categories.

TRAINER OF THE YEAR

KNOCKOUT OF THE YEAR

David Lemieux KO 3 Curtis Stevens: If you hold your feet against Lemieux, then don’t expect any mercy. Stevens, seeking to counterpunch, edged back towards the ropes when Lemieux let fly with a straight right-left hook combination. The right landed, but it was the ridiculously short left hook which switched Stevens off like a lamp. The former world title challenger was out for minutes and had to be taken from the arena on a stretcher.

EVENT OF THE YEAR

Canelo Alvarez vs. Gennady Golovkin: When both sides agreed to a deal, the excitement surrounding this intense middleweight title showdown was palpable. Approximately 17,000 tickets, priced between $300 and $5,000, were sold for the T-Mobile Arena in Las Vegas, producing the third-highest gate in boxing history at $27,059,850. Following 12 rounds of intense action, the result was a split decision draw. A rematch is inevitable.

Dominic Breazeale KO 5 Izuagbe Ogunoh (Round 3): Ugonoh was letting his hands go when a short right-hand counter knocked him to the canvas. Breazeale attempted to end matters but shipped one huge right hand after another as Ugonoh desperately tried to stay alive. Breazeale absorbed enormous amounts of punishment but incredibly summoned the willpower and energy to stun Ogonoh as the bell sounded to end an extraordinary round.

COMEBACK OF THE YEAR

Sadam Ali: Last year, Jessie Vargas dashed Ali’s hopes of becoming a world champion by stopping him in the ninth round of a WBO welterweight title bout. In 2017, the Brooklyn native bounced back with three dominant wins before lifting the WBO junior middleweight title with a stunning upset decision over the great Miguel Cotto.

UPSET OF THE YEAR

Sadam Ali UD 12 Miguel Cotto: Last year, Ali came out second-best in a WBO welterweight title fight to Jessie Vargas, who stopped him in nine rounds. The legendary Miguel Cotto, who had regained the WBO junior middleweight title, needed a live body for his final outing and Ali was perfect foil. And then the bell rang. Ali boxed beautifully at times, hurting Cotto more than once on his way to a stunning decision win.

PROSPECT OF THE YEAR

Jaime Munguia: Seven fights and six knockouts for the 21-year-old junior middleweight from Tijuana this year. Unlike most Mexicans, especially one so young, this dazzling young talent had an extensive amateur pedigree. Munguia went 128-10 in the unpaid ranks before turning professional in 2013. The Zanfer promoted fighter possesses fight ending power and a good boxing brain. Many fans south of the border are tabbing him as the next Mexican star.

Srisaket Sor Rungvisai: Roman Gonzalez was the best pound-for-pound fighter in the world, unbeaten in 46 fights, and Sor Rungvisai was an afterthought. However, the hard-hitting lefty from Thailand pulled the colossal upset, outpointing “Chocolatito” in March before staple-gunning him to the deck in the fourth round of a direct rematch. Seventeen years ago, Sor Rungvisai was on the verge or starvation and picking up trash. Now, he’s a two-time world champion and one of the best fighters in the world, pound-for-pound.

Massive congratulations to this year’s winners and runners up from everyone at RING Magazine and RingTV.com.