Joshua-Klitschko is named 2017 RING Magazine Fight of the Year 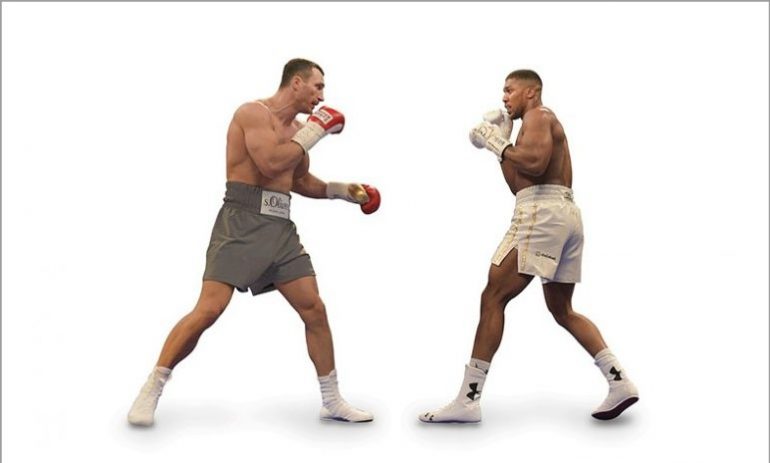 When Muhammad Ali and Joe Frazier came together in Manila for their third and final encounter, the prevailing wisdom was that it would be a better event than a fight. Frazier was considered shot and “The Greatest” would merely have to show up to secure an easy win over his bitter nemesis.

As we all know, the reality was a little different. Ali prevailed via 14th-round stoppage, but he went through hell on earth to retain the heavyweight championship of the world and secure one of his greatest triumphs.

When Anthony Joshua vs. Wladimir Klitschko was made, it was Klitschko who many believed to be shot. The Ukrainian icon was coming off a 17-month layoff and hadn’t won a fight for over two years. An 11-year win streak, nine of those as a heavyweight titleholder, was snapped when Klitschko suffered an ignominious decision defeat to Tyson Fury in November 2015.

While Joshua vs. Klitschko was no Manila, that’s simply down to the fact that neither fighter was realistically capable of filling the Ali and Frazier roles. But this fight delivered. On April 29, 2017, Joshua and Klitschko put on a sensational display of skill and fighting guts which reignited the excitement in heavyweight championship boxing. 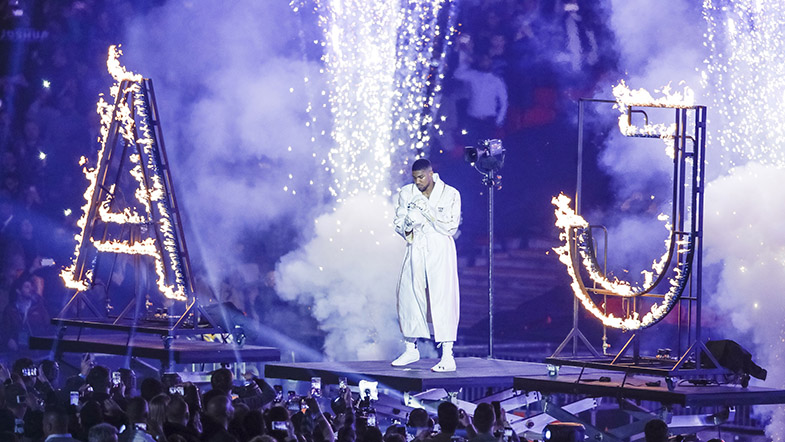 And in many ways, the narrative followed the same line as Ali-Frazier III. It was a global event that captured the imagination of the mainstream. The bout was aired on pay-per-view in the U.K., and both Showtime and HBO purchased U.S. broadcasting rights (Showtime aired live and HBO on delay). Just like the golden era of heavyweight boxing, this title fight had made the world stop.

It was all the effect of the magic wand Joshua and Matchroom promoter Eddie Hearn had waved to transform the fighter’s Olympic super heavyweight gold medal at London 2012 into a professional gold mine. Good-looking and amiable, the marketable Joshua was headlining pay-per-view events in the U.K. before he won the IBF title from American Charles Martin in April 2016.

The other good news for Hearn was that Joshua could whack – as in seriously whack. Heading into the Klitschko bout, the 6-foot-6 colossus from Watford, England, had knocked out all 19 of his opponents and not one of them had heard a bell for Round 8. Those stats combined with Klitschko’s age, inactivity and a serious dip in form saw Joshua installed as a 2-1 favorite.

On fight night, a U.K. post-war attendance record of 90,000 fans created enough electricity to light up the capital. The noise was deafening.

The first four rounds were solid and relatively even, but it was the fifth that sent this showdown into the stratosphere. Joshua exploded out of the blocks and nailed Klitschko with a series of powerful combinations that forced the veteran challenger to seek refuge on the canvas. Klitschko was hurt, cut and on the verge of being taken.

But not without a fight.

Seconds after rising, the challenger caught Joshua with a heavy left hook that had an immediate effect. In his 21st year as a professional, with 68 fights under his belt, the cerebral Ukrainian knew that Joshua was woozy. Klitschko continued to ram home the power shots and the defending titleholder looked positively exhausted as the round came to an end.

The sixth was worse for Joshua. Klitschko, after establishing range with the left hand, crossed over a sizzling right that landed flush on the jaw. A follow-up left helped seal the knockdown and the Englishman needed every second of a mandatory eight-count to recover his senses. Using defensive instincts which belied his professional experience, Joshua somehow managed to survive the session. 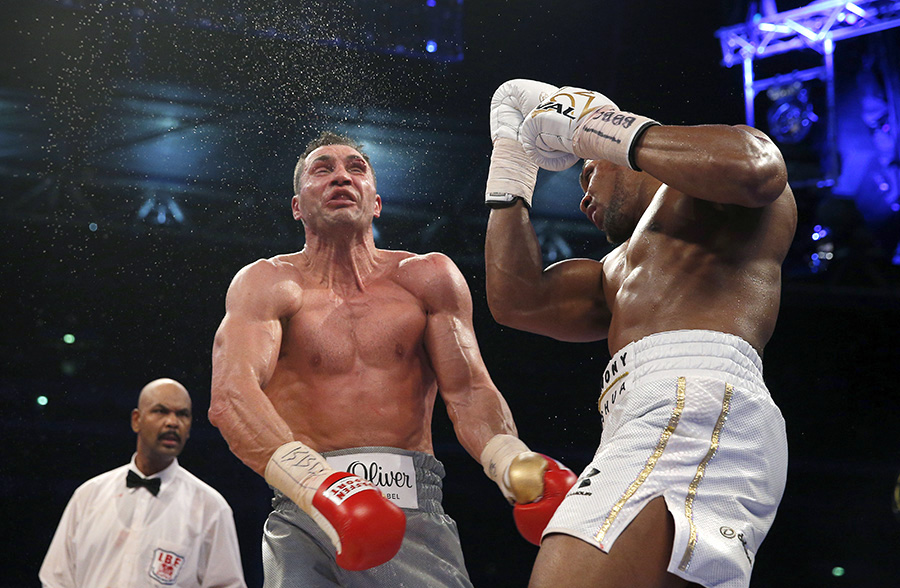 Both men had their moments over the next few rounds, and perhaps Klitschko was guilty of returning to his stereotypical safety-first approach. But you’re never safe against a puncher of Joshua’s caliber. After ducking under a left hook, Klitschko was caught flush by a ferocious right uppercut in the 11th. Dazed and shaken, the ex-champion went down under a torrent of firepower and did very well to get up.

Joshua had let his man off the hook once before and learned from it. Considering the pace of the fight and the damage he himself had sustained, the IBF beltholder’s follow-up was terrific. Joshua battered Klitschko with a strong two-fisted attack to score another knockdown and went through the gears when Klitschko again dragged himself to his feet. Finally, referee David Fields called a halt to the action at 2:25 of the penultimate round.

Unlike Ali and Frazier, there was no hostility between Joshua and Klitschko, who were good friends before and remained so after they fought. But just as with 1975’s “Thrilla in Manila,” this bout is THE RING Magazine’s Fight of the Year and nobody who saw it will ever forget it.