THE RING Year-End Awards 2017: Finalists for ‘Fighter of the Year’ 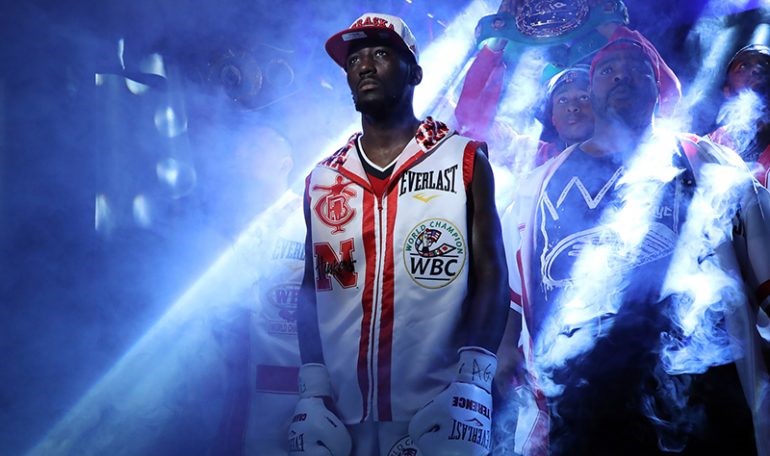 Terence Crawford. Photo by Mikey Williams
23
Dec
by The Ring

Leading up to revealing the winners, we will present nominees in two categories each day. As always, we would love to hear your opinions. Category 10: Fighter of the Year.

Terence Crawford
Crawford schooled Felix Diaz on his way to a convincing 10th-round stoppage in May, but the best was yet to come. On away missions, dangerous Namibian southpaw Julius Indongo had claimed IBF and WBA junior welterweight titles from Eduard Troyanovski and Ricky Burns respectively. Indondo then ventured to Nebraska, to clean house against Crawford. He didn’t have a prayer. Crawford closed the show with a massive left hand to the body in the third round to emerge as undisputed champion.

Anthony Joshua
Despite already being the IBF heavyweight titleholder, Joshua truly arrived when he stopped Wladimir Klitschko in 11 rounds. On April 29, approximately 90,000 fans at Wembley Stadium watched Joshua tick all the remaining boxes. Could he hang at elite level? Yes. Could he recover from being badly hurt? Yes. Would he carry his power late in a fight? Yes. Joshua also took out Carlos Takam in 10, but the Klitschko victory was the coming-out party of a lifetime.

Vasyl Lomachenko
We’re running out of superlatives. Wins over Jason Sosa and Miguel Marriaga were expected, but the level of Lomachenko’s performances had bordered on otherworldly. “Hi-Tech” promised to make a statement against fellow two-time Olympic gold medalist Guillermo Rigondeaux in December and he did just that. The reigning WBO junior lightweight titleholder toyed with the Cuban star, turning what many expected to be a competitive contest into a turkey shoot.

Andre Ward
The vast majority thought Sergey Kovalev had displayed tactical superiority over Andre Ward last year, but Ward claimed a close unanimous decision. The judges were not required in the rematch, which took place in June. Ward adjusted; mixing speed and skill with trademark elusiveness and hitting power. The eighth-round stoppage was controversial, but Ward was having a field day and proved himself the better man. “SOG” retired as an unbeaten two-weight world champion and the best pound-for-pound fighter on the planet.