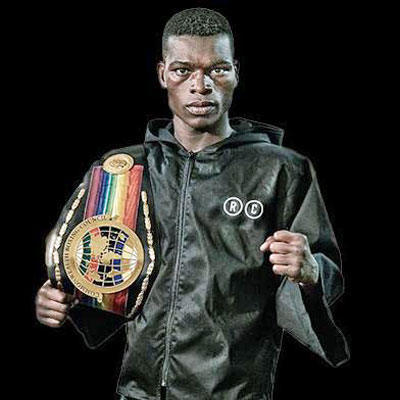 The 12-round bout will take place at the Alamodome, in San Antonio, Texas. The fight will be an eliminator for the right to be the mandatory challenger to IBF titleholder Robert Easter Jr.

“I would like for the fight to be added to the Showtime telecast so it could be three fights on the broadcast,” said DiBella, who signed Commey to a promotional deal in July.

Commey (25-2, 22 knockouts), who is originally from Accra, Ghana, is best known for losing two split decision bouts, within a three-month span, in late 2016, to Easter, in an IBF title opportunity, and Denis Shafikov.

In his most recent bout, on March 11, the 30-year-old Commey won a 12-round unanimous decision over fringe contender Hedi Slimani, of Tunisia, in his hometown of Accra.

THE RING Magazine ranks Commey No. 4 at 135 pounds.

Luna (22-0, 15 KOs), who resides in the Los Angeles suburb of Bellflower, won a 10-round unanimous decision over Andrey Klimov, on April 9.

February 10 will mark the first time the 26-year-old Luna will fight in a 12-round bout.