THE RING Year-End Awards 2017: Finalists for ‘Trainer of the Year’ 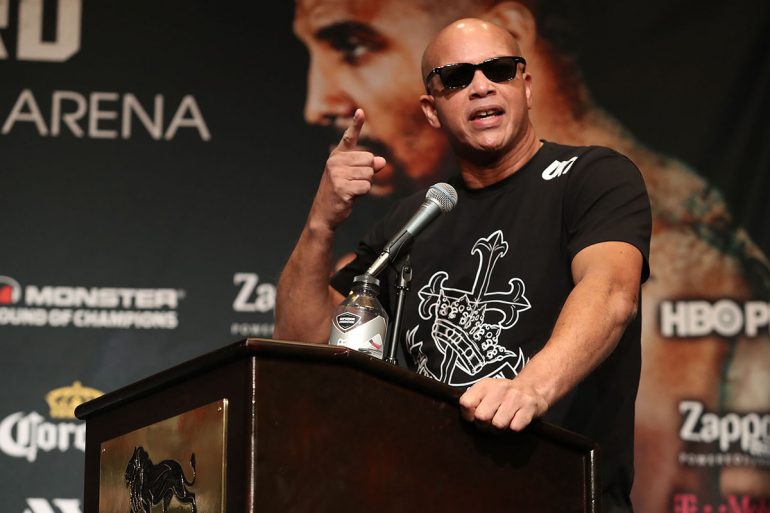 Sounds like the Buatsi-Virgil Hunter pairing is working. (Photo by Tom Hogan/Hogan Photos)
22
Dec
by The Ring

Leading up to revealing the winners, we will present nominees in two categories each day. As always, we would love to hear your opinions: Category 7: Trainer of the Year

Virgil Hunter: A cerebral and protective force in the corner, Hunter has been an invaluable asset to former two-time world champion Andre Ward, who never looked better than in his eighth-round destruction of Sergey Kovalev in June. Ward retired as pound-for-pound king, but Hunter remains highly sought after. He currently works with unbeaten Olympic stars Tony Yoka and Nicola Adams, as well as former world titleholders Amir Khan and Andre Berto.

Andre Rozier: With middleweight contender Danny Jacobs, Rozier came within touching distance of becoming the first trainer to hold a victory over unified middleweight titleholder Gennady Golovkin. And the New York-based coach proved that it was no fluke, taking Sergiy Derevyanchenko to a dominating TKO over Tureano Johnson and Sadam Ali to a stunning world title victory over Miguel Cotto earlier this month.