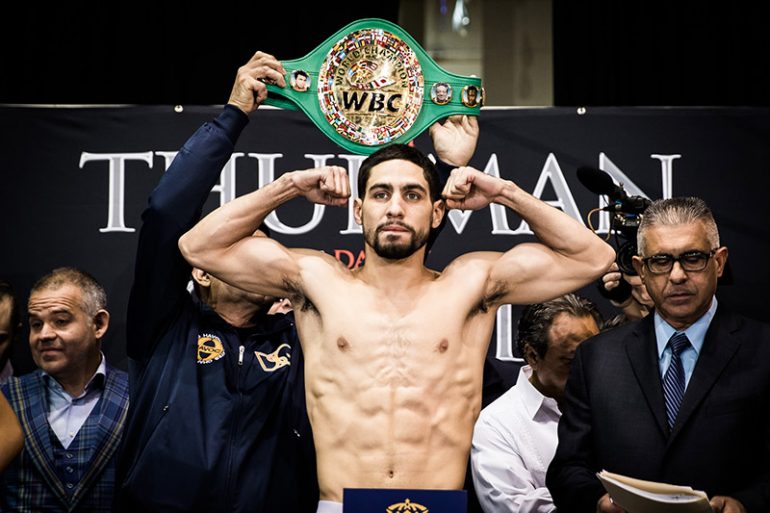 The Philadelphian will return for the first time since his welterweight unification defeat to Keith Thurman with a Showtime-televised fight against Brandon Rios on February 17 in Las Vegas.

“I’m excited just to get back in the ring,” said Garcia, THE RING’s No. 5 welterweight. “I needed the time off to recuperate and let my body heal.

“I was the reigning champion for six years, so I needed the rest. I’m ready to kick off the year in style and take over the welterweight division.”

Garcia (33-1, 19 knockouts) already had a chance to take over the star-studded 147-pound weight class, but he was outworked by Thurman and dropped a split decision in March.

The 29-year-old was a far more dominant fighter at junior welterweight, where he held two titles and outpointed Lucas Matthysse and also scored an upset knockout of Amir Khan in the signature wins of his career, but he also held a title one weight class above.

That’s the status Garcia is seeking once more, and he has a fighter well past his best days in front of him.

Rios (34-3-1, 25 KOs) hasn’t competed on the elite level since a November 2015 stoppage loss to Timothy Bradley, when he lost every round and then retired at the post-fight news conference. The action fighter’s hiatus from the ring was short-lived, and he returned a year-and-a-half later with a TKO victory over Mexican journeyman Aaron Herrera.

Now, he’ll fight to prove he still has more to give the sport in a career that’s thrilled the masses. Rios’ first fight with Mike Alvarado was a runner-up for THE RING’s fight of the year in 2012, and the rematch a year later was also a cracking affair.

The bouts earned him a fight with Manny Pacquiao, but the Oxnard, California resident couldn’t compete with the legend. He doesn’t need to hang with a hall of famer on February 17, but he does need to prove he can still fight on the highest level.

“I’m excited to prove my critics wrong again,” said Rios, 31. “I’m bring a ‘Bam Bam’ Rios slugfest to my fans. Danny is a great fighter, but I will beat him just like I have beat others in the past. I am focused and will make this a classic Mexican-Puerto Rican battle!”

The fight might not matchup with some of Showtime’s other offerings in 2017, but it promises to deliver action, even if Rios is a significant underdog.

“What’s interesting in this fight with Brandon Rios is our styles. We both like to come forward,” Garcia said. “This kind of matchup will bring out the best in both of us. I’m excited to be back in Las Vegas. I’ve had some of my best performances and some of my biggest fights there. I beat Lucas Matthysse and Amir Khan in Vegas. You fight in Las Vegas, you’re a superstar.”