THE RING Year-End Awards 2017: Finalists for ‘Event of the Year’ 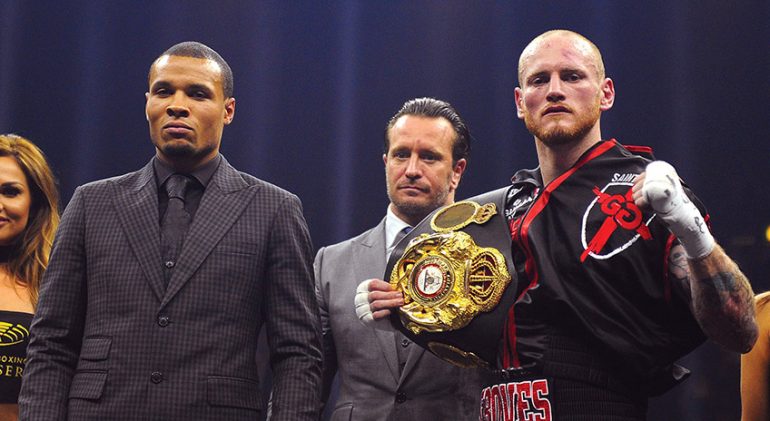 Chris Eubank Jr. (left) and George Groves (right) will compete in the semi-finals of the WBSS. Photo by World Boxing Super Series
21
Dec
by The Ring

Leading up to revealing the winners, we will present nominees in two categories each day. As always, we would love to hear your opinions: Category 5: Event of the Year

Anthony Joshua vs. Wladimir Klitschko: When 80,000 seats at Wembley Stadium aren’t enough, you know it’s a global event. Local authorities in London gave permission for an extra 10,000 to go on sale and the result was a U.K. post-war attendance record. There was no animosity between the fighters and the matchup sold strictly because it was attractive. Joshua won by 11th-round stoppage in a great heavyweight championship fight.

Canelo Alvarez vs. Gennady Golovkin: When both sides agreed to a deal, the excitement surrounding this intense middleweight title showdown was palpable. Approximately 17,000 tickets, priced between $300 and $5,000, were sold for the T-Mobile Arena in Las Vegas, producing the third-highest gate in boxing history at $27,059,850. Following 12 rounds of intense action, the result was a split decision draw. A rematch is inevitable.

Floyd Mayweather vs. Conor McGregor: Unbeaten five-weight world champion versus UFC superstar who hadn’t boxed professionally. But, don’t let details get in the way of a box-office bonanza. In a throw-away society, this was the biggest money-spinner of 2017. Mayweather secured the second nine-figure payday of his career and the bout became the second biggest pay-per-view attraction of all time with 4.3 million domestic buys. McGregor was taken apart and stopped in 10.

Superfly: Finally, a chance for the little men to get some recognition. Never had the junior bantamweight (or super flyweight) division been the focus of a huge international show. HBO televised and the event delivered. We don’t have space to list the results, but there were two world title fights with six reigning or former world champions in action. A fight fans dream; so much so that Superfly 2 is set for Feb. 24.

World Boxing Super Series: Elimination tournaments aren’t new but two running at the same time, featuring two weight classes, certainly is. The WBSS, which was the brainchild of Sauerland Promotions and Richard Schaefer, commenced in September and the quarter-finals are now complete. Some of the most attractive matchups at super middleweight and cruiserweight are almost guaranteed to take place in 2018, and the overall winners will receive the Muhammad Ali trophy and millions in prize money. An enormous success.