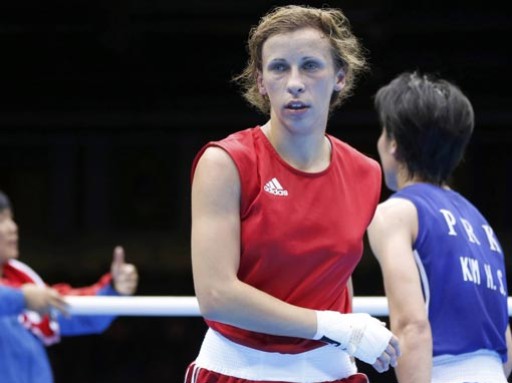 One of the narratives to watch in the sphere of pro boxing, in 2018, is the rise of the women’s scene.

Now know this: The rise isn’t a given.

A push is in play, with hitters like Claressa Shields out front. But ultimately, the marketplace will decide whether the women will, more so, get the opportunities and platforms they desire…or not.

Fans have to be fired up or at least open-minded enough to watch the female fare. That isn’t necessarily a given either, being that the women’s scene last popped when Christy Martin and then Laila Ali were at their peaks…and there are large pockets of persons who hold old-school values and simply aren’t comfortable watching women fight.

Ah, but Dana White and the UFC crew can tell you something about how to change hearts and minds and how the women’s sector contributed to their growth elevation when Ronda Rousey was peaking, appearing on magazine covers, talk shows and so on.

One of the main drivers in the push to propel the female scene upward is Brooklyn-based promoter Dmitriy Salita. He promotes Shields (4-0, 2 knockouts), who gloves up, January 12, on Showtime, headlining “ShoBox” against Tori Nelson. Salita also promotes Jarrell “Big Baby” Miller and is adding to the female side of his stable. It might be wise for some of us who don’t know the women’s scene as well to acquaint ourselves with some of the players. Because, frankly, the push is being activated by all the game-changer players in the space. Top Rank is pushing Mikaela Mayer; Golden Boy Promotions is adding female talent to its stable; Showtime is showing an increased willingness to offer this product and so on.

Someone we could well see in the mix on Showtime moving forward is Elena Savelyeva, who went to 3-0 (3 KOs) with a win over Oksana Romanova, on December 12, in Russia.

Salita offered this assessment of Savelyeva’s skills and upside: “Elena is part of the elite group of boxers from outside the U.S., who has consistently won major international competitions. She is, pound-for-pound, one of the best woman prospects in the world. She also has all her wins as a pro by KO and will add a lot of flavor to women’s boxing. Elena and Nicola Adams would be a very exciting super-fight in women’s boxing, former amateur rivals fighting for a world title. Her excellent skills and story add an international flavor to women’s boxing. These ladies who are incredible athletes are doing a great service to society by being symbols of strength , success and progression.”

I touched base with the Russian athlete to get an even better sense of who she is and where she comes from.

Savelyeva was the first woman to win an Olympic boxing match. I wondered, how impactful was that moment and honor for her? “At the moment it was happening, it was just an ordinary international competition,” she told me, through an interpreter. “Understanding the meaning of what happened in the ring came later after the Olympics. The realization that it was one of those special moments also came after the games. While I was in the ring, there was only one task: to win. I do believe that women’s boxing can be symbolic of the fact that women’s rights globally has come a long way. I am very proud to have been part of that very special time and a first in a rich history of women’s sports.”

The 33-year-old shared how she got into boxing. “From the age of 10 to 15, I ran track. At the age of 15, I came to a kickboxing club and did that until 2007. I did boxing but very rarely and irregularly. In 2007, I won silver medal of the World Cup in kickboxing. In these years, I had to combine work, study and training. Just at this time, I graduated from university and then I had more time for training and I began to train more seriously, two or three times a day. In 2007, I won the Russia National Championship and was part of the National team. I went to my first World Championship in 2008 and won the silver. My first club (gym) was the cultural and sports center Youth Sports School, Vostok. In it, I trained and worked from late 1999 to 2009. My first regional championship I won after three months of classes. My first coaches inspired me with confidence in myself and that I could be a high-class athlete. As time passed, I had to move on to a trainer with more professional world-class experience.”

Savelyeva offered some specifics into her upbringing, as well. “My mom was a children’s teacher; father is an electrical engineer. There is an older brother. We lived in an average prosperity. My Mom worked three jobs; it was hard for her. Therefore, education and sport built in me responsibly and independence. I would be ashamed to upset my mother in some way! Mom supported all my hobbies. I wanted to graduate from music school but there was no money. I learned how to play the guitar on my own but on an amateur level. Since 16 years old, I have found an opportunity to earn money, for pocket expenses.” (And, in fact, the boxer has earned a degree in coaching boxing. The nation still retains a structure that has the state putting together and providing structure for athletic competition.)

So, how good is she? Is she one of the best in the world at and around flyweight right now? “I believe that it is too early to evaluate myself in professional boxing. I had very few fights and not with the strongest boxers. We need experience with the strongest and then we will draw conclusions where I am!” Fair enough, a reasonable and humble answer…

And how is women’s boxing seen in Russia, anyway?

“Now they perceive well,” she said, “but, 10 years ago, it was said that it was wrong, that the women’s place was near the stove in the kitchen and with the children. They even had in-depth medical examinations taking place, and male doctors disapproved of women’s boxing and even mocked it a little. But much has changed. The women themselves, their diligence and results in boxing changed their attitude towards them.”

The hitter spoke of her relationship with promoter Salita too. “Personally, we have not met. It is the merit of my manager Igor Shafer that we signed a contract with him. It’s important that there is not just one woman boxer. He is doing a great job with women’s boxing. He truly has vision and I am very honored to be on the same team with such a historic athlete as Claressa Shields.”

My three cents: Sounds like, from this point of view, it’s OK for women to be fighting, in many pockets of the world. That is key to the overall development of the sport; I think. If the pool of talented athletes can be drawn from all over, that can only help in the push for relevance and parity. However the market will speak loudest. The results, the ratings that these fights receive, will ultimately be the drivers for women’s boxing in America to flourish or not.