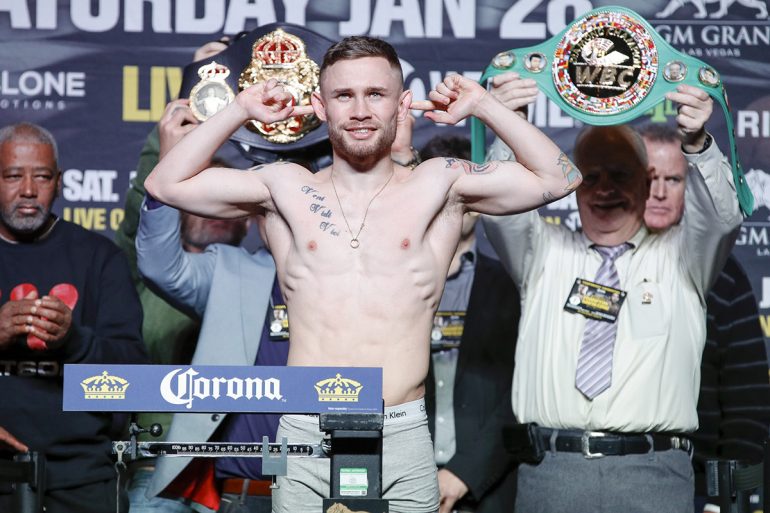 Nonito Donaire is ready to return to the big stage.

The Filipino Flash is in negotiations to return to featherweight for a bout against former titleholder Carl Frampton, Donaire’s promoter, Richard Schaefer, told RingTV.com. The fight would take place April 7 in Frampton’s hometown of Belfast, Northern Ireland.

“I’ve been in communications with Frampton’s promoter, with Frank Warren, and there is an interest in getting that fight done,” Schaefer said. “I know Frampton and Donaire have communicated via social media as well and I think both of those guys are up for the fight.

” … Frank said he’ll get back to me with the (purse) number. Nonito would be happy to go to Belfast.”

The fight would mark the European debut of Donaire (38-4, 24 knockouts), a former five-division champion. He competed at featherweight three times, and won a title in his second fight at the weight with a technical decision over Simpiwe Vetyeka in 2013. Donaire dropped the 126-belt in his next fight with a sixth-round TKO to Nicholas Walters.

Donaire dropped back to 122 pounds for his next bout, and each of his last six bouts have taken place at that weight, including a close decision loss to Jessie Magdaleno in a title fight last November. The 35-year-old would need to move back to 126 to fight Frampton, who moved up from 122 himself.

Frampton (24-1, 14 KOs) lost his title in a rematch with Leo Santa Cruz in January and then rebounded with a unanimous decision over Horacio Garcia over the summer.

Schaefer was confident the bout would be picked up by a U.S. television network, and with Showtime’s relationship with the promoter and commitment to broadcasting international bouts, it seems like a natural home for Frampton-Donaire.