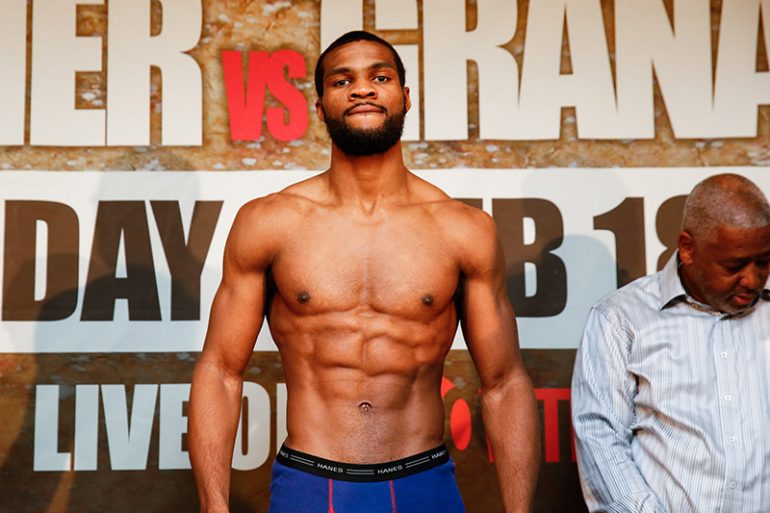 Browne is 27, right at his athletic peak, and holds a 20-0 mark. He’s in a sweet spot of a red-hot division, light heavyweight, and is positioning himself to have a bang-up, breakout 2018.

Browne’s advisor Keith Connolly told RingTV.com that Team Browne is going to saddle up and ride to a Jan. 20 date, again at Barclays Center, underneath Errol Spence vs. Lamont Peterson. “Al Haymon and I were talking the last few months and we believe that Marcus will have a couple fights in 2018 and then be looking at a fight for a title in maybe fall 2018.”

As for WHO the lefty, the fighting pride of Staten Island, NY, will meet on Jan. 20, that’s still TBA/TBD.

“The opponent should be announced next week,” Connolly said. “The light heavyweight division is deep with Sergey Kovalev, Adonis Stevenson, Dmitriy Bivol and Badou Jack. We think Marcus is as talented if not more so than all of them. He’s under the radar a little bit, but the game plan me and Al have – this will be a breakout year for Marcus.”

Any idea in which direction Browne is headed? “The most likely candidates would be Artur Beterbiev or Sergey Kovalev,” Connolly continued.

It’s looking like WBC champion Stevenson will next be tangling with former super middleweight titleholder Badou Jack. Eleider Alvarez, rated No. 1 by the WBC, thought he’d get a crack at the Canadian resident, but it looks like he will be fighting No. 2 rated Oleksandr Gvozdyk. The winner of that fight will be tasked with fighting the Adonis vs. Jack winner. Browne is rated No. 3 by the WBC and Jack is No. 4, for the record.

The WBA top slot is taken by champ Bivol, with Sullivan Barrera rated No. 1, so we’d think it likely that Bivol-Barrera could get a go-ahead for first quarter 2018.

Beterbiev is the IBF titleholder and the No. 1 and No. 2 spots are currently empty. He just fought Nov. 11, beating Enrico Koelling, so his next opponent is being discussed right now.

Kovalev has the WBO strap, won when he beat Vyacheslav Shabranskky, because the belt was up for grabs after holder Andre Ward retired.

“Yes, we think Browne has been off the radar some, but he has great skills and we plan on 2018 being a breakout year,” Connolly reiterated. “It will time for him to really arrive on the mainstream scene.”

Connolly also offered an update on his middleweight client, Danny Jacobs. Team Jacobs was well aware of what went down in the Montreal ring Saturday night, as BJ Saunders boxed super skillfully and handled David Lemieux with ease. “We’re talking next for Danny now. We’ll lock it down and it’s looking like April 28 at Barclays Center as the target. We’d love for BJ Saunders to come over; for Danny versus BJ to happen. Then, the winner of that fight meets the winner of the Golovkin versus Canelo rematch. But, honestly, my guess is BJ will avoid Danny and just try and get the winner of GGG-Canelo.”

Connolly’s stable is deeper yet. He advises Sergey Derevyanchenko, who is rated No. 1 by the IBF at 160. Golovkin holds the IBF title at this time. Connolly is keen to re-extend an invite for Demetrius Andrade, new-ish to the 160-pound scene, to test his skill and will against the 11-0 Russian Derevyanchenko, last seen downing Tureano Johnson in August. “We can do it in the first quarter, it’s up to Team Andrade to step it up and come to the plate. My guess is Demetrius will avoid that. He doesn’t want to fight anyone tough. The first tough guy they brought to him, he found a way out of it. Was it really that he didn’t have the right amount of time to get ready . . . or was he avoiding it outright? We will see, now.”

“Al and I have been talking, we’re partnering on a lot of fighters, and Luis Collazo is one,” Connolly shared. “The plan is to bring him back March on an undercard. Fight a guy that will position him to fight a welterweight titlist.”

Some names that would make sense in my cubicle include Jessie Vargas, Devon Alexander or maybe John Molina if he wants to try 147.

Lots to chew on, friends. Thoughts on these issues? What path makes most sense for Browne? And do you think Saunders could be lured to America for a Jacobs clash? Talk to us, in the comments section!