Adrien Broner vs. Omar Figueroa in works for spring on Showtime 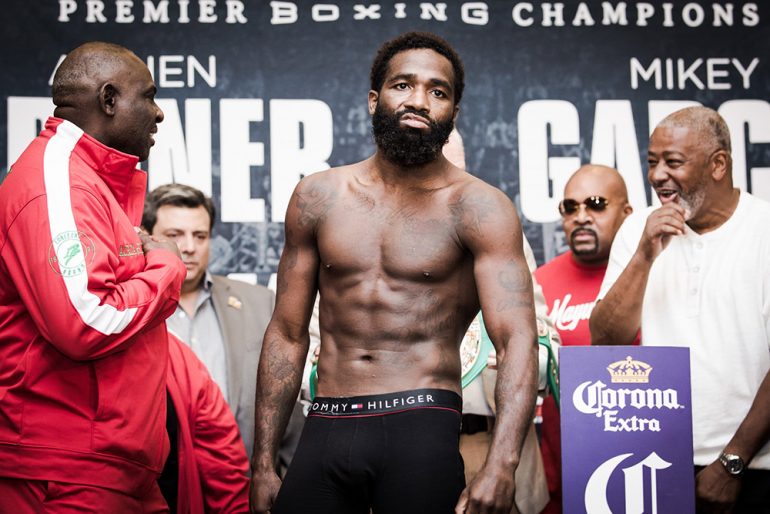 Adrien Broner’s next fight is in the works.

The former four-division titleholder is being pegged for a springtime fight against Omar Figueroa, sources told RingTV.com. The fight is being scheduled for a main event slot on Showtime in either April or May.

Broner (33-3, 24 knockouts) hasn’t competed since an uncompetitive decision loss to Mikey Garcia in July. The Cincinnati native is just 28 years old, but he’s on the brink of opponent status if he can’t top Figueroa, and look impressive in the process.

Despite his name recognition and triumphs across four weight classes, Broner is devoid of a signature win about a decade into his career, with losses to Marcos Maidana and Shawn Porter.

The hard-charging Texan has battled inactivity and hand injuries, but Figueroa looked good in a three-round destruction of Robert Guerrero in July that sent the veteran into retirement.

That was the 28-year-old’s first fight in almost two years, and he’s finally now preparing for a name opponent. As Figueroa (27-0-1, 19 KOs) prepares to jump levels up in competition, he’ll do so armed with a television-friendly approach, and with a victory over Broner, he’ll be in prime position to make some noise.

Both fighters have bounced between 140 and 147 pounds, so the fight could take place at either weight, although welterweight is the likely division for this bout. Whatever weight it’s at, the fight figures to deliver plenty of action.