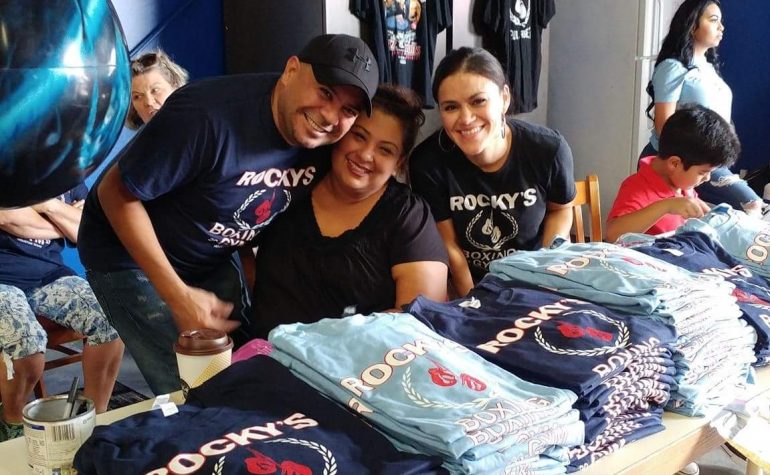 In late August, Hurricane Harvey struck the shoreline of Texas, wreaking havoc. This devastating cyclone is the costliest on record, causing $198.63 billion worth of damage along the Gulf Coast and the Caribbean.

The Category 4 hurricane effected thousands of homes and caused 91 fatalities.

During this extremely tough period, former perennial featherweight contender Rocky Juarez was proactive in his hometown of Houston and provided help.

“The most important thing about this devastation was the fact Houstoners came together,” Juarez told RingTV.com. “The state and near Texas, everybody came together. It was just amazing how people came together to help one another.”

Juarez held two fundraisers at his gym on Freeman Street and, with the help of one of George Foreman’s sons and junior welterweight contender Regis Prograis, was able to raise close to $12,000.

“The people effected by the storm were really in need of cash,” he said. “The donations came by the bundle. We chose four families and divided the money we raised.”

The amiable former Olympic silver medalist donated $5,000 of his own money and sent a WBC belt signed by Canelo Alvarez and Julio Cesar Chavez Jr. which will be auctioned off to raise further funds.

Although the natural disaster took place three months ago, it can take years for communities to rebuild from such an onslaught. With that in mind, Juarez feels people should embrace each other during the holiday season.

“I believe the most important thing is family,” Juarez said. “I know people were devastated by the effect of the hurricane, but the beauty of family coming together and spending the holidays together [is very important].”