Jerwin Ancajas headed to U.S. for next title defense 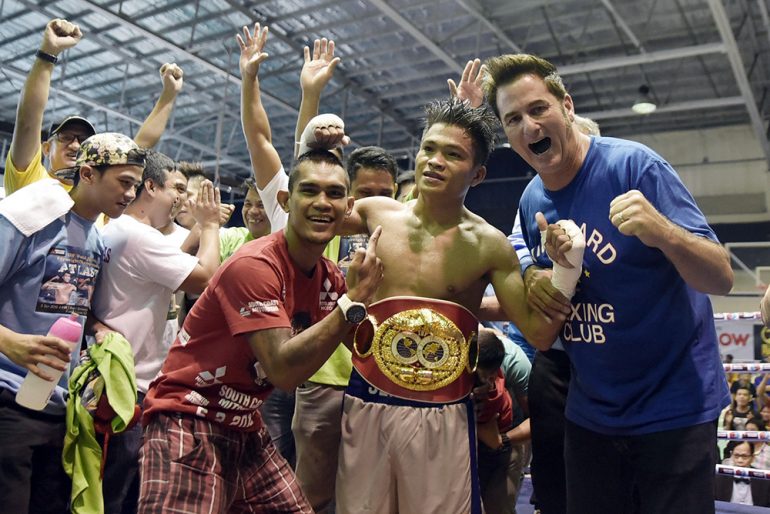 CAVITE, Philippines – After title defenses in Macau, Australia and Northern Ireland, Jerwin Ancajas is heading to the United States next.

The 25-year-old from Panabo City, Philippines, will make the fourth defense of his IBF junior bantamweight title when he faces Israel Gonzalez on Feb. 3 at the Bank of America Center in Corpus Christi, Texas.

The fight was announced Saturday at a press conference at Island Cove in Kawit, Cavite, the town where Ancajas now makes his residence.

The fight will be the televised in the U.S. on ESPN as the co-featured bout to WBO super middleweight champion Gilberto Ramirez against Habib Ahmed, and will be one of three fights in 2018 for Ancajas, said MP Promotions matchmaker Sean Gibbons.

Ancajas (28-1-1, 19 knockouts) is fresh off his latest title defense, a crushing sixth-round stoppage of previously unbeaten Irishman Jamie Conlan in Belfast a month ago. Ancajas scored three official knockdowns, two of which came from body shots.

Gibbons added that Ancajas is “very close to formalizing a deal” with Top Rank, the company that moved Ancajas’ promoter, Manny Pacquiao, in the United States.

Gonzalez (21-1, 8 KOs) of Los Cabos, Mexico, is also fighting for the first time in the States and will be taking a significant step up from his recent competition. The lone win over a recognizable name on the IBF’s No. 10-ranked contender’s record is a 2016 decision victory over a shopworn Ramon Garcia Hirales, who was once the WBO junior flyweight titleholder. 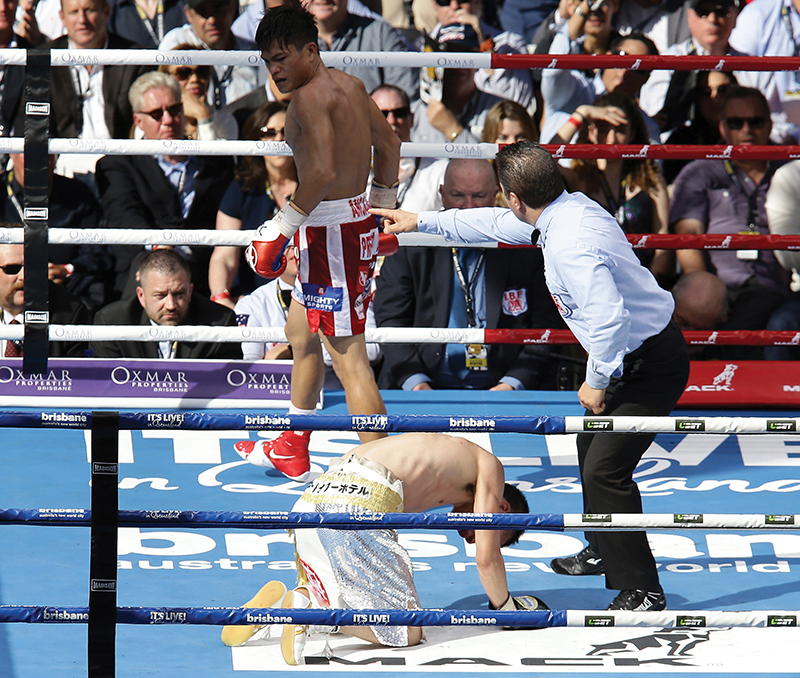 “What coach [Joven Jimenez] is telling me, don’t let your guard down for anyone, especially those who are being underestimated by others,” said Ancajas. “But for us, we’re not underestimating. Instead, we’re persevering even more so we can show our skills.

“We all know Mexicans fight really hard, so it’ll be a good fight.”

Gibbons said he’s been down to Mexico twice to see Gonzalez fight and believes the matchup will be tougher due to the lack of footage on Gonzalez. And even if Gonzalez lacks name value, Gibbons believes the exposure on the ESPN platform will serve to raise Ancajas’ profile.

“Israel Gonzalez, even though he doesn’t have a lot of names on his record, like a lot of Hispanic fighters you’ve got to be careful because they’re very seasoned in Mexico,” said Gibbons. “We believe it’s a good test to see where Jerwin is in his first fight in the U.S. on ESPN.

“Just watch Manny Pacquiao against any Mexican and you’ll find out that Mexicans and Filipinos match up very well together. One guy is very aggressive, in-your-face-type of style. Jerwin’s very calm, very cool, likes guys to come to him.”

Asked whether the fight will be televised in the Philippines, Joe Ramos of MP Promotions says they are “working on it.”