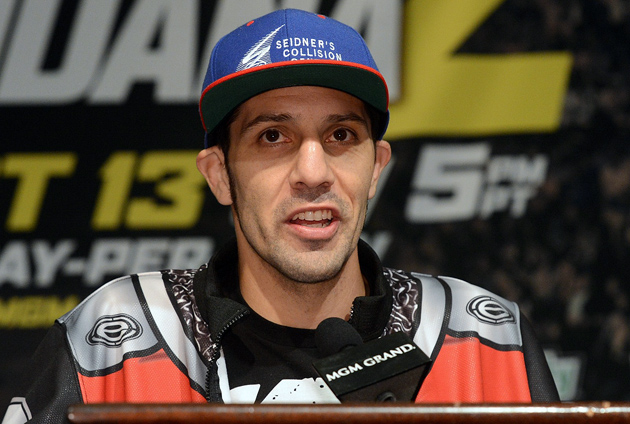 LANCASTER, Calif. — John Molina crashed hard into the ropes in Round 2, and appeared spent.

He’d received a beating from Ivan Redkach from the opening bell of their junior welterweight fight Friday on FS1, but Molina refused to give in.

He laid on the ropes in hopes of landing a single bomb, and swung wildly with each attempt, hoping one would land. It finally did in Round 3, and Molina didn’t let up, tagging Redkach over and over and over until the Ukrainian fell in a heap in one of the best frames of the year.

The following round, Molina blasted Redkach into the ropes again and another unanswered barrage sent him sprawled out on the canvas, and this time, referee Edward Hernandez Sr. stopped the contest at 1:27.

Redkach (20-4-1, 16 knockouts) was victorious in only one of his past five bouts. Once a top prospect, he’s purely an opponent at this point.

Molina (30-7, 24 KOs) is an opponent, too, but after a win to keep his career alive, he could be a foe of more significant stature.

*In the PBC on FS1 televised opener, junior middleweight journeyman scored a 10-round unanimous decision over veteran trialhorse Freddy Hernandez.

Omotoso (27-3, 21 KOs) hurt Hernandez badly in Round 8, and finished strong to cement the decision. Hernandez (34-9, 22 KOs) had won fourth straight fights since a six-bout losing streak.