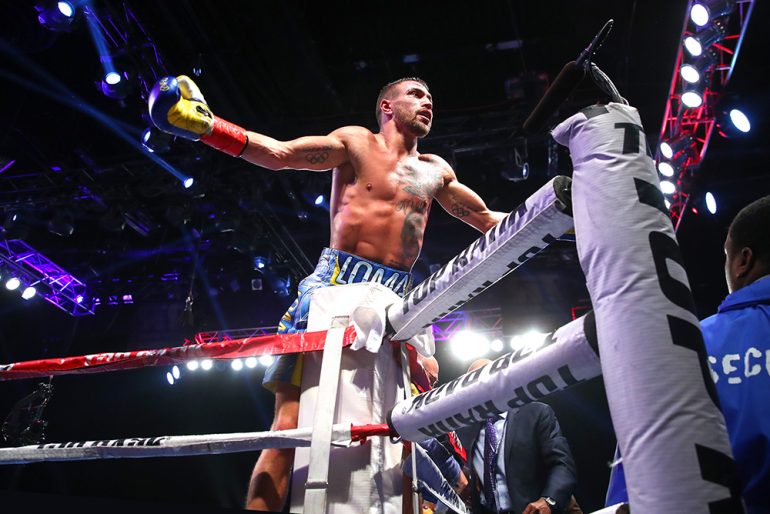 A shift occurred last Saturday night at the Madison Square Theater when Vasyl Lomachenko soul-snatched Guillermo Rigondeaux and had the Cuban pulling one of the most talked-about “No Mas”es of the last 5-10 years.

The sound of Rigo saying he wanted nothing more to do with the Ukrainian dazzler with the dancer feet and all-around ability to get ludicrous angles on even well-seasoned sorts like him was then followed by hardcore fans proclaiming Loma the pound-for-pound best.

The chorus wasn’t an around-the-(fight)-world deal. Some fight-watchers, as well as THE RING, still like Gennady Golovkin as the P4P bossman after his draw against redhead craftsman Canelo Alvarez in September and the subsequent retirement of Andre Ward.

Still others are sticking with Terence Crawford as P4P top of the heap; the latest BWAA poll, tabulated before the Ukrainian and the Cuban did their dance-off to prove whose (Olympic) gold held value the best, has “Bud” as boss.

I put it to Crawford’s coach, Brian McIntyre, like this: Was he so dazzled by Loma’s display of ring generalship Dec. 9 that he believes that “NoMasChenko”’ deserves to be called pound for pound No. 1 over Crawford?

“He is definitely not number one,” McIntyre told me.

“Beating a fighter that’s moving up two weight classes don’t make him number one, especially if that fighter has never fought in that weight class before,” the trainer said.

He did allow that he has the 10-1 Ukrainian No. 2 pound-for-pound and he likes Gennady Golovkin No. 3.

And while I had the tutor on the line, I asked his thoughts on Bud vs. WBO 147 champ Jeff Horn. Easy work? Tough out?

Mac and me discussed some of the solid traits Horn displayed in his win over Corcoran: strength, stamina, toughness.

“We know he’s going to come to fight and defend his title,” the trainer told me. “I think Bud can knock him out, but we won’t know until we get in there with Horn.”

Your take, readers? Did Loma leapfrog Bud? Or is Mac’s reasoning too sound to shoot down? And will Horn out-perform expectations and be able to give Crawford a rude welcome to welter? WEIGH IN!