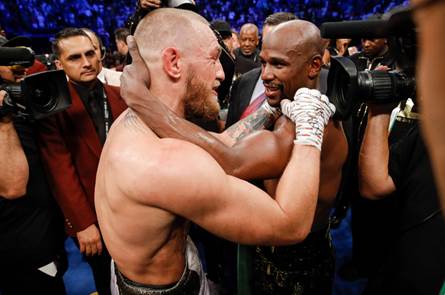 The numbers are finally in after almost four months.

The tally, announced Thursday, falls just short of the all-time fight record for PPV buys set by Mayweather’s win over Manny Pacquiao in May 2015. That fight pulled in 4.6 million buys.

Mayweather-McGregor stands in second place all time by a wide margin. Mayweather’s victory over Oscar De La Hoya in 2007 is the third largest pay-per-view event ever with 2.48 million buys.

Mayweather ended a nearly two-year retirement from the sport to take on the Irishman in a spectacle that garnered worldwide attention, and the global revenue exceeds $600 million. That includes ticket sales, sponsorship and international distribution. The buys include traditional television distribution and online portals such as the Showtime app and Showtime’s website, as well as UFC.TV.

Mayweather-Pacquiao also reeled in over $600 million in revenue, and is first all time in that category, too.