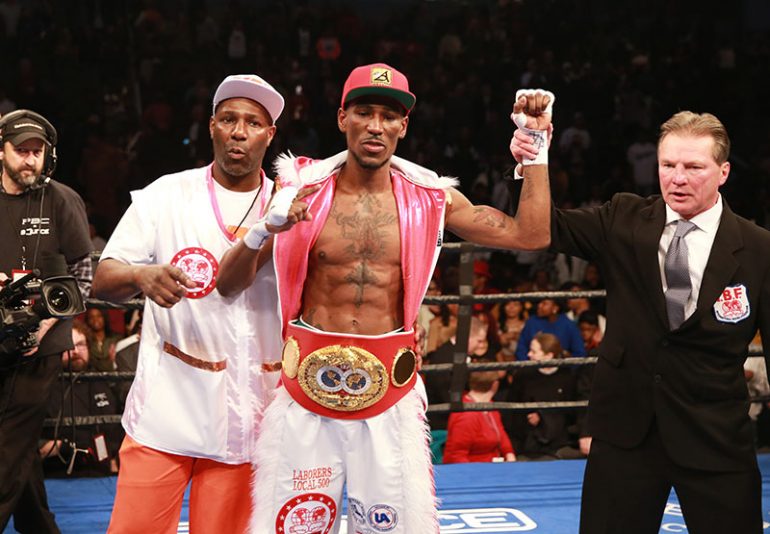 Robert Easter Jr., one of the fastest-rising titleholders in the sport, has an opponent for his next defense.

The Toledo, Ohio, native will put his 135-pound belt on the line against Javier Fortuna on January 20 in Brooklyn, New York, Easter announced on social media. The fight will serve as support on Showtime for the welterweight title bout between Errol Spence Jr. and Lamont Peterson.

“When I first won the title I knew that many obstacles would be thrown at me, but that’s what the game is all about,” Easter said. “I’ve successfully overcome them and defended the title in some tough fights and on January 20th we’re looking to do the same thing. I believe every fighter can give you problems, but professionals make adjustments and take over the fight.

“That’s what I’m going to do. I know he’s a former world champion looking to regain a title, but this time he signed up for the wrong guy. We always work hard and we’ve turned it up a notch since we found out who the opponent would be. I’m just excited. I’m ready to go today if I have to.”

Easter (20-0, 14 knockouts) hasn’t competed since he scored a decision victory over Denis Shafikov in June in his second title defense. The 5-foot-11 puncher beat Luis Crus in his first defense after he topped Richard Commey in a thriller to claim the lightweight belt.

Now, the 26-year-old will defend against Fortuna (33-1-1, 23 KOs), who will move up from 130 pounds for his first title shot (Fortuna held the WBA’s secondary title, which THE RING doesn’t recognize.)

The 28-year-old Dominican’s lone defeat came to Jason Sosa last year in Beijing, but he’s reeled off four victories since. He’ll need to score the biggest win of his career if he’s going to topple Easter, whom he’ll be conceding five inches in height to.

“I’m just very gracious, appreciative and honored for the opportunity to fight for the world title again,” Fortuna said. “I feel really good about this fight.

“With God first I will be a world champion again. Easter is tall, active and he’s strong. But I feel like I’m stronger and I can punch much harder. Training is going smooth now, but the intensity will pick up as we get closer to the fight. ‘’