Billy Joe Saunders: David Lemieux ‘has no chance of winning,’ he won’t last 12 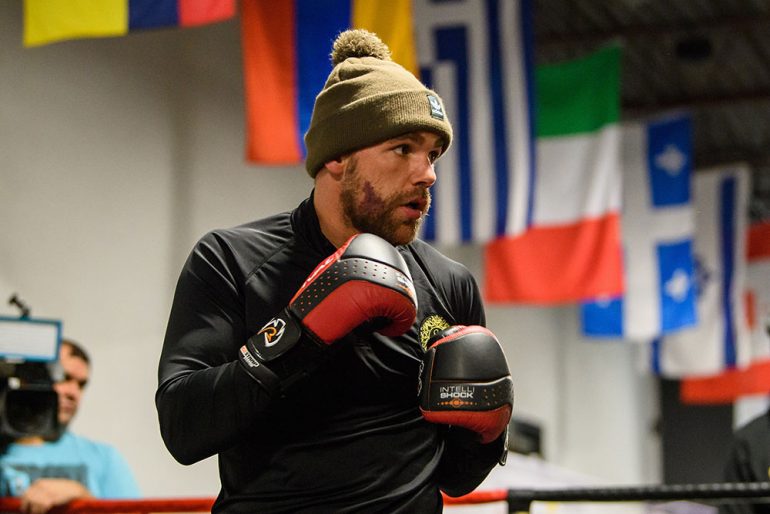 The last notable American TV fight of the year happens Saturday in Quebec, and the bad blood couldn’t be hotter.

Billy Joe Saunders, who will defend his WBO middleweight title, and David Lemieux haven’t been shy about their distaste for one another. They’ve engaged in a war of words since the fight was consummated two months ago, and there’s a good reason why.

This a high-stakes bout, more so than the usual title affair. The winner will be well-positioned to fight Gennady Golovkin or Canelo Alvarez in 2018, and earn the life-changing money that comes with it.

It’s a coin-flip bout, but Saunders naturally doesn’t see it that way, even though he’s the one who will be leaving the confines of home for his Saturday bout on HBO.

“David has no chance of winning, and I’m convinced that he will not make the distance against me,” said Saunders (25-0, 12 knockouts). “I’m willing to bet part of my purse to charity if I lose and the winner will choose which charity to give it to.

“I’m not here for the money or anything like that, I’m here to make a statement. There’s no point in talking anymore, all that matters now is what happens on Saturday.”

The 28-year-old Brit is definitely the craftier boxer, and his southpaw style is sure to give the plodding Lemieux fits. What he lacks in boxing ability, he more than makes up for with his devastating power, but Lemieux has been stopped three times already (losses to Golovkin, Joachim Alcine, Marco Antonio Rubio.)

His knockout of Curtis Stevens in March remains a front-runner for best-of-year honors, and he’s the more experienced fighter.

He’ll also enjoy home-field advantage in his native Quebec, but Saunders isn’t worried about that either.

“I’m used to fight outside the UK, I’m a traveler of the world,” said Saunders, who owns a victory over Andy Lee. “I don’t care if there’s a million people. It’s just me and him in that ring, end of the story. As for the rest, I don’t care.”