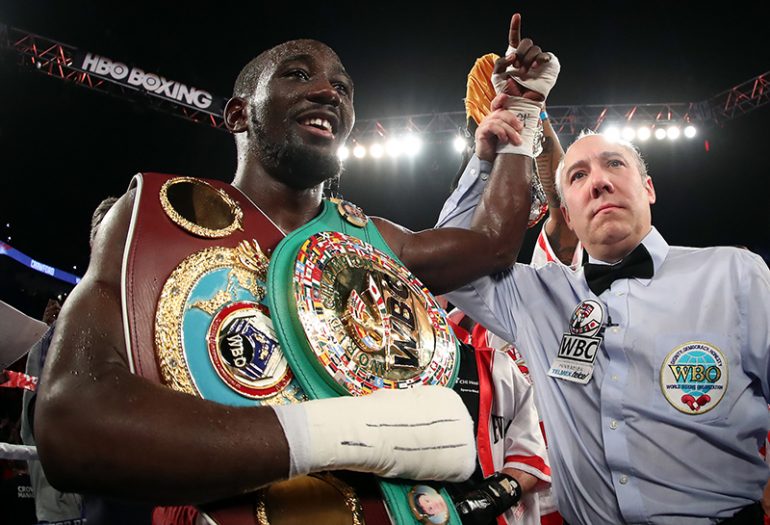 The Omaha, Nebraska native made sure to DVR the ESPN fight, and now that Horn has Corcoran out of the picture following an 11th-round TKO, Crawford is up next.

Bob Arum, who promotes both Crawford and Horn, plans to stage the welterweight title bout in April in Las Vegas. That would mark Horn’s American debut, and also Crawford’s entry into the 147-pound division as he seeks a title in a third weight class.

THE RING’s No. 2 pound-for-pound fighter has his sights set on much more than just beating the former Manny Pacquiao conqueror, though.

“Jeff Horn did what he had to do to get the job done tonight but I’m a totally different fighter than Gary Corcoran. I have more power and more speed than Corcoran. When he steps into the ring with me, it’s going to be a very different story.”

Of course, Crawford and Corcoran are two completely different caliber of fighter. The 30-year-old is adept at boxing from either stance, possesses elite speed and is one of the best finishers in the sport.

His third-round knockout of Julius Indongo in August crowned him as boxing’s lone undisputed champion, but the reign was short-lived. Crawford soon vacated his 140-pound titles to climb the ladder to 147 and a meeting with Horn to get his feet wet.

Crawford will be installed as a massive favorite to dethrone Horn, and it’s easy to see why. They’re simply not on the same level, and Crawford figures to hold significant advantages in every department besides size and strength.

That’s where the Aussie prospers. He used his superior size and physicality to outmuscle Pacquiao in July in one of the year’s biggest upsets, but the same tactics figure to yield no results against a boxer the likes of Crawford.

“In 2018, I’m going to continue to be successful. I feel like I’m getting better each and every time I step foot into the ring and I know that will continue next year in my new weight division.

“There are holes in everybody’s game. There’s a lot of holes in Jeff Horn’s game and everyone will see that when he gets in the ring with me.”