Jeff Horn ready to defend title vs. Gary Corcoran: ‘We want to become a legend’ 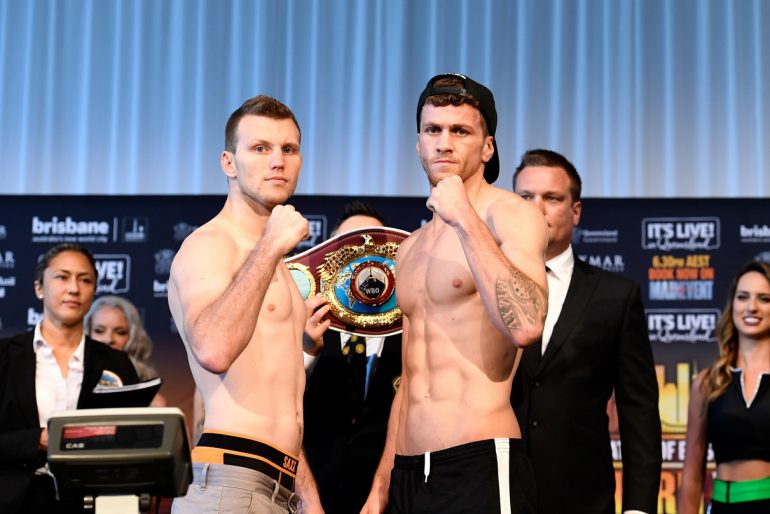 Jeff Horn doesn’t want to be just another one-and-done champion in a long list of them.

The former schoolteacher from Australia scored a massive upset of Manny Pacquiao in July, and after talks fell apart for a rematch, Horn is set to make the defense of his welterweight title against Gary Corcoran on Wednesday (6:30 a.m. ET, ESPN).

Horn, if he prevails, is expected to face off against THE RING’s No. 2 pound-for-pound fighter, Terence Crawford, in March or April. But there’s no discounting Corcoran.

It’s unclear just how good Horn (17-0-1, 11 knockouts) is: his physicality is imposing, but he displayed little else against Pacquiao.

“I wanted the title so badly and now I’m looking at myself in the mirror and seeing Gary Corcoran as me trying to do what I did,” Horn 29, told Corcoran at the final press conference. “So I have to stop you from doing what I did to the last champion.

“We don’t want to just become a world champion, we want to become a legend in the sport. You don’t do that by winning once and then losing the next fight so I’ve still got that hunger to win out there.”

Corcoran (17-1, 7 KOs) suffered his lone pro defeat in 2016, when he broke his hand against Liam Williams and then was stopped in Round 11. The 27-year-old Londoner accused Horn of being a dirty fighter who leads with his head, and says he just wants a fair shake from the judges after Horn received a questionable decision over Pacquiao.

“It’s an exciting fight ,we both have come forward styles,” Horn said. “It’s going to be an exciting clash. I’m ready to put on a good performance and show how good I am.”