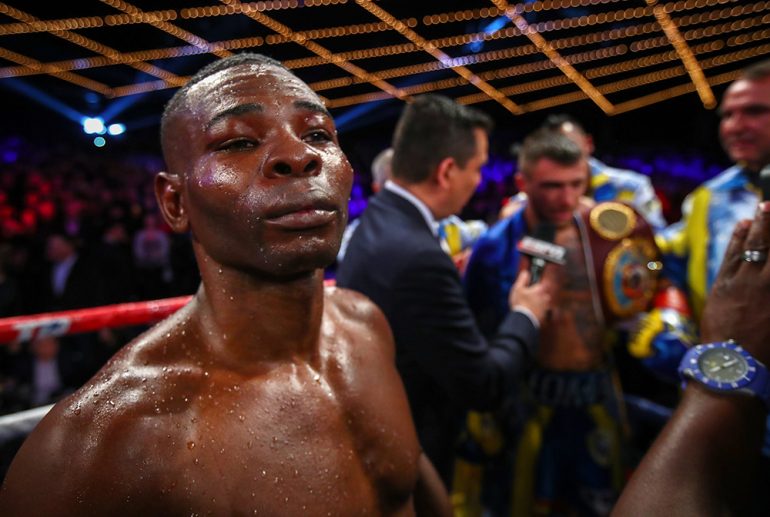 It turns out Guillermo Rigondeaux’s left hand wasn’t broken after all.

The Cuban suffered a hand injury during Round 2 of his Saturday junior lightweight title fight against fellow two-time Olympic gold medalist Vasyl Lomachenko, and said he aggravated the ailment the following round. Rigondeaux believed the hand was broken, and retired on his stool following the sixth round after he was simply outclassed by the better, larger man.

Rigondeaux (17-1, 11 knockouts) was transported to Bellevue Hospital in New York to have his hand examined, but according to Roc Nation Sports’ Dino Duva — Rigo’s promoter — the fighter didn’t have X-rays on his hand that night after experiencing an incredibly long wait time in the emergency room.

Instead, the X-rays took place Monday in Miami, where Rigondeaux resides, and no fracture was broken, only a bruise, Duva told RingTV.com.

The fighter was heavily criticized for quitting during the highly anticipated fight on ESPN. Now that we know his hand wasn’t broken, the southpaw is sure to receive even more scorn.

“I lost, no excuses,” Rigondeaux said after the fight. “I injured the top of my left hand in the second round. He’s a very technical fighter, he’s explosive. I’m gonna come back because that’s what I do. The weight was not a factor in this fight. It was the injury to my hand.”