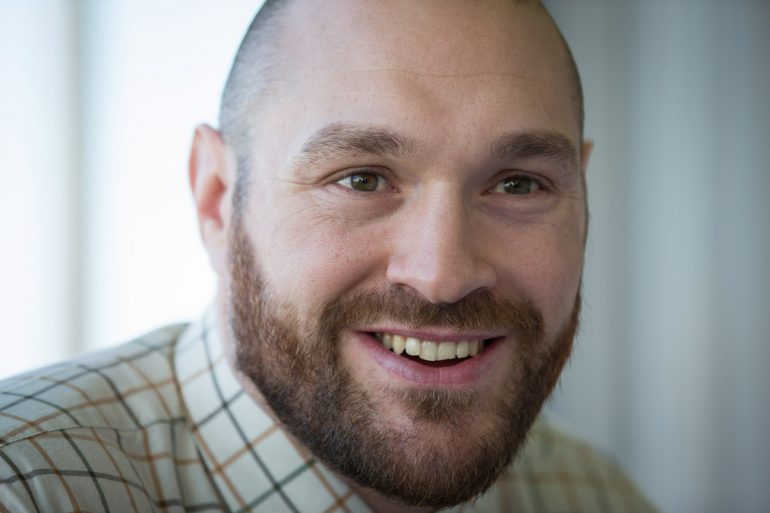 Tyson Fury is free to resume his boxing career after coming to a joint agreement with U.K. Anti-Doping on Tuesday to finally resolve the ongoing issue stemming from a drug test.

The British heavyweight outpointed Wladimir Klitschko in November 2015 to win THE RING championship. However, it later emerged that a drug test had come back positive for nandrolone some nine months prior to the Klitschko fight. Fury’s legal team argued that his B-sample was clean, as were his blood tests, and any trace of a banned substance was a direct result of ingesting contaminated meat.

A proposed rematch with Klitschko fell through twice last year as Fury battled addiction, and he was later stripped of his boxing license by the British Boxing Board of Control when the above-mentioned test results came to light. Younger cousin, and former heavyweight title challenger, Hughie Fury, was also under investigation by UKAD but that case has also been closed.

To get this matter resolved, Tyson Fury had to accept a backdated two-year ban.

“We settled because even though we knew we could win this case in a big way, we wanted to get on with both fighter’s careers,” promoter Mick Hennessy told RingTV.com. “If we waited around it could take another 18 months to two years. UKAD could not prove that either Hughie or Tyson had knowingly taken performance enhancing drugs and that’s why the automatic 4-year ban was not enforced.”

Committing an ADRV (anti-doping rule violation) means that an athlete, coach or athlete support person could be liable for a sanction which may include a ban from the sport. The sanction for intentional cheating is 4 years for the first offence and there is less leniency for carelessness – you are likely to receive a 2-year or more ban for inadvertent doping.

“UKAD’s position is that the anti-doping rule violations it has asserted have been committed and the consequences set out in the UK Anti-Doping rules should apply. Tyson and Hughie Fury’s position is that they have never knowingly or deliberately committed any anti-doping rule violation. In recognition of the respective counter-arguments and the risks inherent in the dispute resolution process, each side has accepted a compromise of its position.”

“I’m a fighting man through and through and I’ve never backed down from anyone in my life and I was certainly not going to back down from fighting this dispute,” said Fury in a press release issued by Hennessy Sports.

“Hughie and I have maintained our innocence from day one and we’re now happy that it has finally been settled with UKAD and that we can move forward knowing that we’ll not be labelled drug cheats. I can now put the nightmare of the last two years behind me, which has been particularly hard on my family. With their support and strength, along with my uncle (and trainer) Peter, (management) Hennessy Sports and Morgan Sports Law, we’ve fought relentlessly together and I can now enjoy Christmas with my family and new born daughter.

Fury will now have to apply for a boxing license, but that figures to be a mere formality.