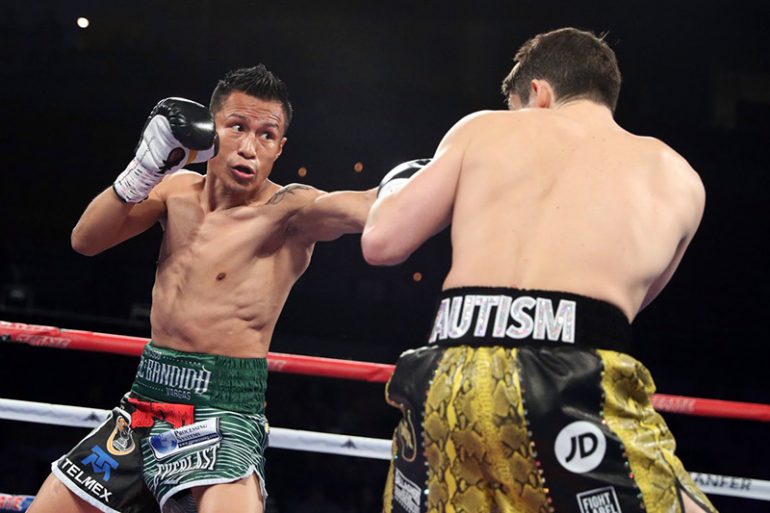 LAS VEGAS — Fans are used to seeing a lot of blood and gore in Francisco Vargas fights, but it’s usually his face that’s been brutally lacerated win, lose or draw. On Saturday, on the Orlando Saldio-Mickey Roman undercard at Mandalay Bay, all the blood and gore came at the expense of English standout Stephen Smith, who suffered a freakish and gruesome tear to his left ear midway through Round 9 of a scheduled 10. 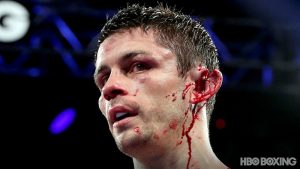 Stephen Smith suffered a freakish ear laceration near the end of his fight with Francisco Vargas. Photo / @HBOboxing

The torn ear, which was the result of an accidental clash of heads, forced an end to the bout in Round 9 and Vargas (24-1, 17 knockouts) won a technical decision by scores of 89-82 and 88-83 (twice). It was a tough break for Smith (25-4, 15 KOs), of Liverpool, who was game and had his moments in a brisk but generally uneventful fight that was marred by holding and unintentional headbutts.

However, the fact Vargas got through the contest relatively unscathed (apart from a minor cut on his nose) was good news for Mexico City native’s camp. It was also a reminder that he could win a fight without a herculean blood-and-guts effort.

The former junior lightweight titleholder has been involved in so many high-octane bloodbaths that the boxing world may have forgotten that he was an Olympian. Vargas established his jab early in the fight, which helped set up stiff one-two combinations. He willingly engaged on the inside with Smith, but did so in a measured, defensively responsible manner, and didn’t languish for too long on the inside. 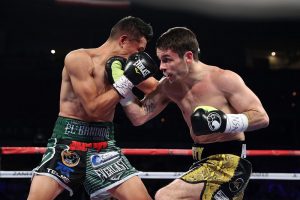 Smith had his moments during the infighting with Vargas. Photo / @HBOboxing

Smith remained in the fight with lateral movement, the occasional pot shot on the fly, and by working very hard whenever in close combat, but Vargas appeared to land the harder blows throughout. Smith isn’t known for his power, but he’s got decent pop to his shots and Vargas took the punches well.

It was Vargas’ first bout since losing the WBC 130-pound belt to Miguel Berchelt via 11th-round stoppage in January. His body and face, in particular, took considerable punishment in that Fight-of-the-Year candidate, so much so, that he took most of 2017 to recover and had surgery on his brows to help prevent facial cuts and lacerations that have plagued his career.

Even with a good rest, the jury was out on what Vargas had left. His come-from-behind title win against Takashi Miura and 12-round draw against (in the only defense of the WBC belt) against Salido were bloody, brutal contests that earned Fight-of-the-Year awards in 2015 and 2016.

The fight with Smith was boring by comparison to those bouts, but Vargas needed a break, which gave him the opportunity to show fans and media that he still has his legs and reflexes, and that his face could hold up under fire.

At least that appears to be the case against an honest (but not physically imposing) fringe contender like Smith, who had twice come up short via unanimous decisions to Jose Pedraza and Jason Sosa in 2016.