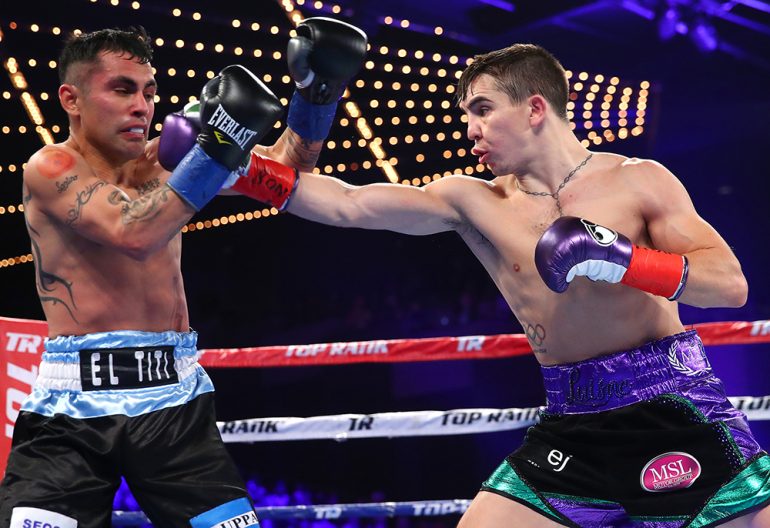 NEW YORK — Michael Conlan made the second of what is sure to be many appearances at Madison Square Garden on Saturday, going the distance for the first time in his career against the durable Luis Fernando Molina.

The Olympic star from Belfast, Northern Ireland received a rousing greeting at the same building he made his pro debut in this past St. Patrick’s Day as he entered to House of Pain’s “Jump Around” in the chief supporting bout on the Vasyl Lomachenko-Guillermo Rigondeaux card televised on ESPN.

When the bell started it was Conlan who did most of the jumping around as he switched stances and fought the majority of the six-rounder as a southpaw.

For the most part it was a sparring session for the 2012 bronze medalist, who didn’t start laying in the punishment until the fifth round before settling in to score points from the outside in the final round.

Conlan acknowledged afterwards that he hurt his left knuckle in the third round on the “tough head” of Molina but says he was happy to get the rounds in, having not previously fought past the third. He says he’ll back in action at The Theater on March 17, and that he envisions himself “pushing towards titles and stuff” towards the end of 2018.

“I’m looking forward to coming back here with a packed out Irish dominant crowd in this beautiful arena,” said Conlan.