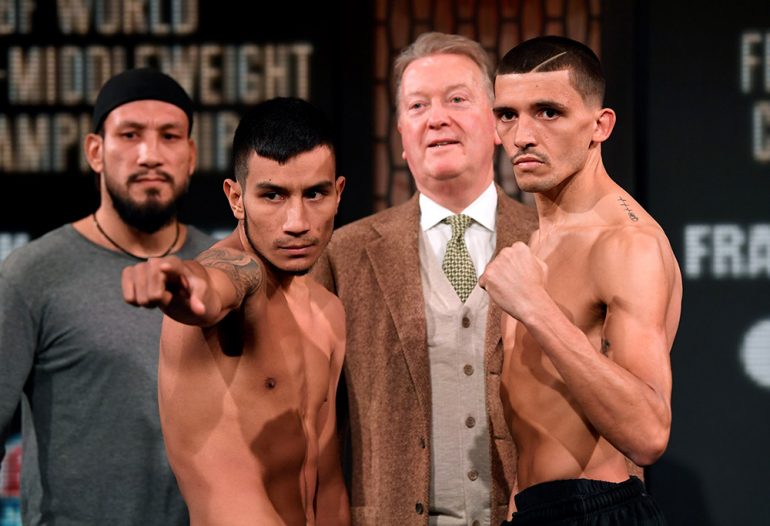 Welshman Lee Selby will be glad to see the back of 2017.

The IBF featherweight titleholder defeated Eduardo Ramirez via 12-round unanimous decision at the Copper Box Arena in London on Saturday. However, the victory will not be listed as an official defense because the Mexican southpaw weighed in two pounds over the division limit of 126.

Selby, who is rated No. 4 by THE RING at featherweight, used speed and distance to stay a step ahead of his opponent in a fight that was  devoid of excitement. As the rounds passed, the 30-year-old technician utilized a sharp body attack, but he was careless in spots and allowed Ramirez to have a surprising amount of success.

“I thought it was a decent performance against a game opponent,” said Selby in an interview with BT Sport in the U.K. “I wasn’t fazed (by Ramirez) not making weight. I just concentrated on myself and got the job done.”

In January, Selby (26-1, 9 knockouts) lost out on the chance to make his Las Vegas debut when opponent Jonathan Victor Barros failed a pre-fight medical following the weigh-in. Two months later, the Welshman halted the unheralded Andoni Gago in a non-title affair before scoring a 12-round decision over Barros in July.

Ramirez not making weight was something Selby could have done without and just staying motivated must have been a challenge. Next year promises to be a lot more meaningful as Selby is almost certain to settle the score with long-time rival Josh Warrington who also happens to be his mandatory challenger.

Hard-hitting light heavyweight Anthony Yarde was in against the most experienced opponent of his career to date but the results remained the same.

The unbeaten 26-year-old had a look at former world title challenger Nikola Sjekloca, figured out the puzzle and then blasted his way through the Serbian in four rounds. The official time was 1:08.

Sjekloca, who has fought most of his career at super middleweight, did have early success and was on his way to winning the second round when a sharp right-hand counter dropped him to his knees. The writing was on the wall from that point on.

Yarde (14-0, 13 knockouts) took his time in the third but exploded out of the blocks early in the fourth. The first shot the Londoner threw was a vicious right hand which landed flush on the chin. Sjekloca’s equilibrium deserted him and he went down from a series of brutal power shots.

The fight was essentially over and Yarde was teeing off at will when referee Steve Gray stopped contest.

Four knockdowns later, he exited with 14 minutes of ring time in six knockout wins, having stopped the gutsy Dorian Darch in the second round of a scheduled 10. The official time was 0:51.

Dubois’ punches had an immediate effect in Round 1 and Darch was shaken and badly hurt on several occasions. A big right hand floored the Welshman late in the session and there was no way Darch was going to survive the punishment he was taking for another three minutes.

Knowing that he was out of his depth, Darch bravely, or foolishly, came out bombing in Round 2. Almost immediately, he was floored by a counter left hook but bravely scrambled to his feet. Another blazing combination put him down again, however the colossal Londoner saved the best for last. The right-hand knockdown Dubois closed the show with was a terrific shot.

The 20-year-old Dubois is an explosive puncher, 6-feet-5-inches tall and 240 pounds. Keep an eye out for him.