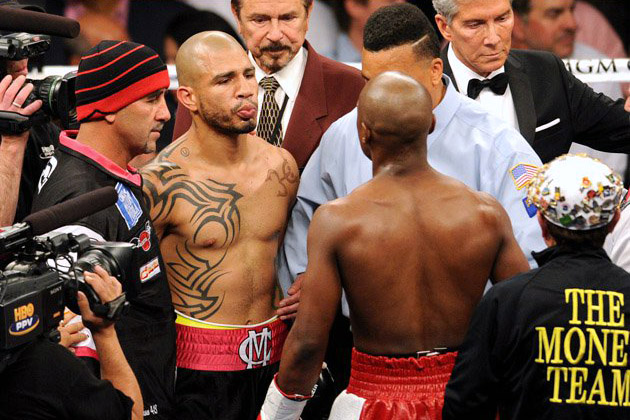 Editor’s Note: This feature appears in the most recent issue of THE RING Magazine which is available on Digital NOW. The cover star is our new pound-for-pound No. 1, Gennady Golovkin.

Miguel Cotto is one of the most accomplished Puerto Rican boxers of all time, winning world titles in four weight classes during his 17-year pro career. 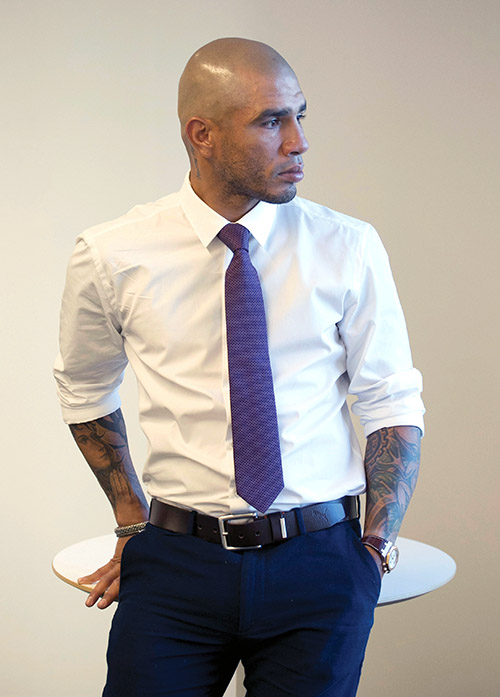 In addition to his prowess in the ring, Miguel Cotto has always been a sharp-dressed man. (Photo by Mark Lennihan/AP)

Cotto turned pro in early 2001. With his fledgling years mapped out by promoter Top Rank, he got his first title shot in September 2004 against unbeaten puncher Kelson Pinto, whom Cotto stopped in six rounds for the vacant WBO junior welterweight belt.

He would make six defenses before abdicating the title to move up to welterweight, where he promptly won the WBA strap. During his reign he impressively turned back the challenges of Zab Judah and Shane Mosley – both at his home away from home, Madison Square Garden.

He feels the Judah fight was the best performance of his career.

“I felt everything came together that night,” Cotto told THE RING.

Cotto lost his unbeaten record and title at the hands of Antonio Margarito in the summer of 2008. He rebounded to collect his third world title against Michael Jennings and defended once, but then ran into a prime Manny Pacquiao. Cotto twice got off the canvas early but was stopped in the final round.

He stepped up to junior middleweight in search of a title in a third weight category and met Yuri Foreman in front of 20,000 at Yankee Stadium – the venue’s first boxing event since Muhammad Ali-Ken Norton III in 1976. Cotto picked his opponent apart and eventually stopped him in Round 9.

After turning back the spirited challenge of Ricardo Mayorga and beating fierce rival Margarito in a grudge rematch, Cotto took on Floyd Mayweather Jr. Although he lost a decision, he gave Mayweather a stern test.

Cotto looked a shell of himself while dropping a decision to Austin Trout seven months later.

To his enormous credit, Cotto was able to reinvent himself under trainer Freddie Roach’s tutelage. He sought out a meeting with RING and WBC middleweight boss Sergio Martinez, and the fighting pride of Caguas shocked the pre-fight favorite by dropping him three times in a frenzied opening stanza and again in the ninth. The Argentine’s corner pulled their man out in the 10th frame.

“It is special for me,” Cotto proudly said of being the first Puerto Rican to win major world titles in four weight classes. “I don’t want to compare myself with (other Puerto Rican greats). I just think about Miguel Cotto and not anybody else. Four is just a number. I just try to do my job the best always, and I did it the night of the Martinez fight. That put me in this category.”

Cotto defended his championship once but then lost to Canelo Alvarez by a unanimous decision, which Cotto insists was undeserved.

He returned from a 21-month hiatus in August to add another title to his collection, this time at 154 with a wide unanimous decision over Yoshihiro Kamegai.

Having achieved so much, Cotto could be forgiven if he’d chosen to retire already. He says he will walk away at the end of the year, but what still burns inside him to want to continue fighting at this point?

“I’m a father of four, I’m the head of my family,” he said. “I want to be remembered for my family as the guy who brought everything together to bring them to best possible future. That’s all I need as motivation.”

Cotto, now 37, owns his own promotional company, Promociones Miguel Cotto, and he also founded Fundacion El Angel, which helps prevent child obesity. He enjoys golf (his handicap is 18) and cooking. He graciously took time to speak to THE RING about the best he fought in 10 key categories.

Ricardo Torres: I think the best jab was Ricardo Torres, the guy from Colombia. He caught me with good jabs in the fight.

Floyd Mayweather Jr: He was so slippery in every moment of the fight. It was so difficult to get to him.

Paulie Malignaggi: I think Paulie Malignaggi was one of the quickest guys I ever faced. At the time of our fight he came in really good shape. He came in good condition and he made me work really hard to beat him.

Manny Pacquiao: I think Manny. He was so quick to get around. To hit him was very difficult for me because he moved so well. 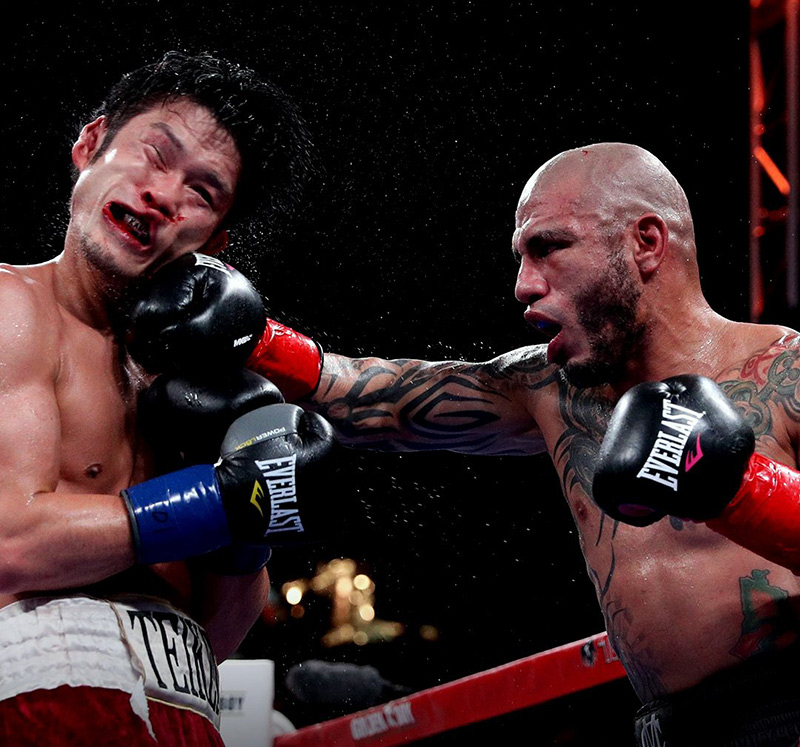 Cotto landed his best shot – flush – against Kamegai but could not put the Japanese fighter down. Photo @HBOBoxing

Yoshihiro Kamegai: I hit Mayorga so hard it was so hard to believe he was still standing in front of me, but I think Kamegai had the best chin. I punched him with all my best and flush shots and the guy kept coming.

Mayweather: No doubt, Floyd Mayweather. You can catch him with one good shot, but it is so hard to catch him twice that it makes me believe he is the smartest one.

Ricardo Mayorga: Mayorga was the strongest opponent I ever faced. I put my hands on him and he didn’t move. He was solid as a rock.

Randall Bailey: This guy Randall Bailey, in my first title defense back in 2004. He caught me with a good right hand but I handled it well and I did my job.

Mayweather: Boxing and fundamentals, I would say Mayweather. The difficulty with Mayweather is that he’s so hard to catch him twice with the same mistake. He had very good skills. He had all the shots.

Mayweather: I think Floyd. He was smarter than everyone else. He was a really good boxer. He did everything about as well as anybody.