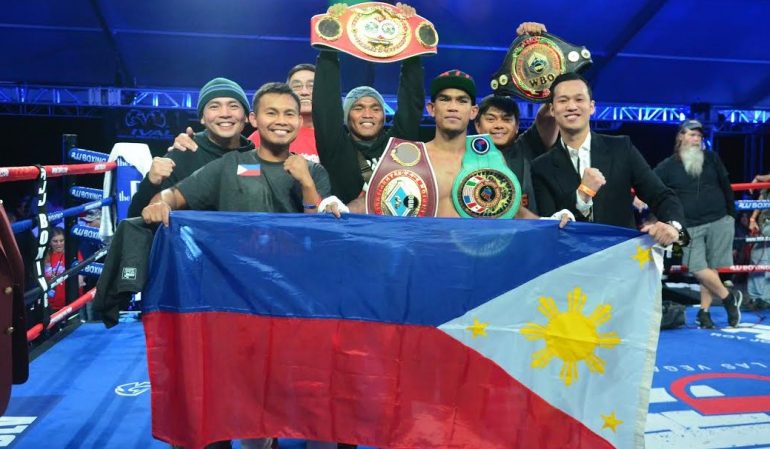 The 10-round bout will headline a three-bout beIN Sports broadcast (9 p.m. ET/ 6 p.m. PT). Both fighters weighed in at the division limit of 115 pounds at Thursday’s weigh-in.

Palicte (23-2, 19 knockouts) is originally from Ceby City in the Philippines and now trains at the Wild Card Gym in Hollywood, California. He is trained by former world titleholder Rodel Mayol.

In June, Palicte stopped John Apolinario in the eighth and final round. He has won 12 of his last 13 outings with 10 coming by knockout.

Palicte’s recent success has not gone unnoticed. The 26-year-old power-puncher is ranked inside the top 10 by three sanctioning bodies and is as high as No. 3 with the WBO.

“I’m always excited to fight in a city where I’ve never been and I’m sure (Round Rock) will be happy with the fight that I will be showing them,” said Palicte, who will be fighting for the second time in the United States.

Rodriguez (32-6, 19 KOs), who resides in the boxing hotbed of Mazatlan, Sinaloa, Mexico, has lost his last two bouts.

He was knocked out in the ninth by Dewayne Beamon in July. That fight came exactly six months after Rodriguez was stopped in the seventh round by IBF junior bantamweight titleholder Jerwin Ancajas.

In a clash between unbeaten light heavyweight prospects, hard-hitting Ali Akhmedov faces DeShon Webster in a 10-round bout.

The 22-year-old Akhmedov (9-0, 7 KOs), who is originally from Almaty, Kazakhstan and currently resides in Las Vegas, stopped fringe contender Justin Thomas in September.

Rounding out the beIN Sports telecast will be a six-round welterweight bout between Reshard Hicks (9-0, 4 KOs) and Jonathan Steele (7-1, 5 KOs).